From a press release: The Lackawanna County Commissioners – Jerry Notarianni, Debi Domenick, and Chris Chermak – have announced that the four county parks are now accepting reservations for gatherings at the respective pavilions and athletic fields. To make a reservation, contact the Parks and Recreation Department at 570-963-6764. For more details about dates and […]

From a press release: The Steamtown National Historic Site may have canceled the annual Santa Train this year, but Santa Claus is still coming to town this year – just electronically. The Electric City Trolley Museum in downtown Scranton is offering “A Virtual Visit with Santa from the North Pole,” an interactive children’s show on the […]

From a press release: Today, the Steamtown National Historic Site in downtown Scranton and the Lackawanna Heritage Valley Authority announced the cancellation of the Santa Train. The much-anticipated Santa Train has been a popular annual event in the Lackawanna Valley for a quarter century. Making stops in Carbondale, Archbald, Jessup, Olyphant, Dickson City, and Scranton, […]

From a press release: The Lackawanna Historical Society is taking a modern approach to the past with “Valley Quest,” a competitive app-based scavenger hunt. Explore the city with an adventure called the “Scranton Safari.” The hunt will be open from Saturday, Oct. 10 through Friday, Oct. 30, sending participants on a mission around downtown Scranton […]

From a press release: Waste Management’s Alliance Landfill has donated two large pieces of the region’s distant history to the Lackawanna County Coal Mine Tour at McDade Park in Scranton. Landfill Manager Glenn Kempa said the boulders, each with vivid fossilized images of ferns and tree branches that shaded Taylor and Ransom Township over 300 […]

From a press release: The Lackawanna County Arts and Culture Department is offering individual artists, nonprofit organizations, and municipalities the opportunity to apply for a Lackawanna County Arts and Culture COVID-19 Creative Community Grant for a variety of projects that provide the community with positive arts experiences. The activities can fall into the following categories: […]

From a press release: In addition to the concerts at Nay Aug Park, the city of Scranton is continuing to host outdoor shows at Fellows Park in West Scranton. The free afternoon concerts at Fellows Park (1000-1098 Fellows St., Scranton) are held every Sunday from 4:30 p.m.-6 p.m. They began with Von Storch on July […]

From a press release: With its Sunday afternoon concerts now underway, the city of Scranton will begin its Wednesday night concert series tonight with The Chatter. The free shows will continue at Nay Aug Park (500 Arthur Ave., Scranton) every Wednesday at 6 p.m. at the Showmobile parked next to the pool area. Seven more […]

From a press release: Starting a little later this year, the city of Scranton began hosting its weekly summer concert series with Fortunes on July 26. The free afternoon shows will continue at Nay Aug Park (500 Arthur Ave., Scranton) every Sunday at 2 p.m. at the Showmobile parked next to the pool area. Nine […] 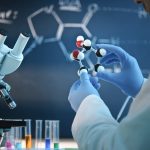