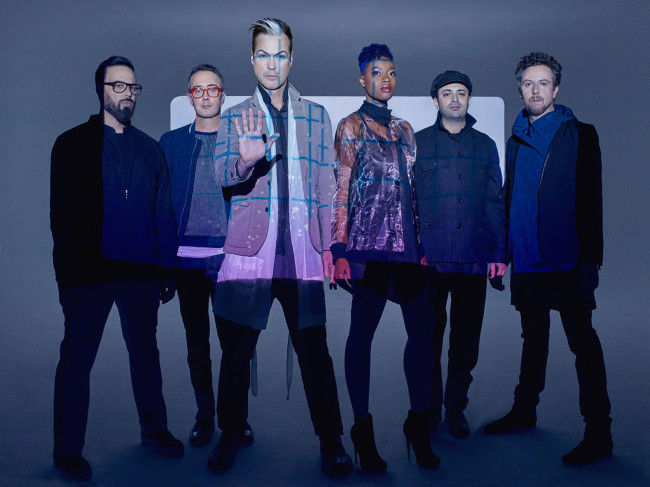 It was announced today that Los Angeles indie pop band Fitz and the Tantrums, known for hits like “HandClap,” “The Walker,” and “Out of My League,” will perform at the Sherman Theater in Stroudsburg on Sunday, Feb. 16, 2020 at 8 p.m. with Twin XL.

Fitz and the Tantrums are set to release a new album, “All the Feels,” this Friday, Sept. 20 via Elektra Records that features the singles “123456,” “Don’t Ever Let Em,” “I Need Help,” and the title track.

Tickets, which are $35.50, go on sale next Friday, Sept. 27 at 10 a.m. and will be available at the Sherman Theater box office (524 Main St., Stroudsburg), shermantheater.com, and Eventbrite.

There came a point in the time following the 2016 release of “HandClap” — the biggest song of Fitz and the Tantrums’ career — when its ascent crossed the threshold of successful and zoomed past game-changer to just plain “WTF?!” The double-platinum Top 5 smash, which racked up 1.5 billion streams in China alone, was synched on countless shows, from “American Idol” to the Oscars. Fitz and the Tantrums were invited to perform for the masses on primetime television and such cultural institutions as Dick Clark’s New Year’s Rockin’ Eve, the Macy’s Thanksgiving Day Parade, and Fox’s Super Bowl pre-show after “HandClap” become something of an unofficial theme song for the NFL.

“I remember watching a football game and the Dallas Cowboys’ cheerleaders were doing a routine to it,” says the band’s co-vocalist and songwriter Michael “Fitz” Fitzpatrick with amusement.

Such mainstream looks felt a bit surreal for Fitz and the Tantrums, which also includes co-vocalist/co-writer Noelle Scaggs, saxophonist James King, keyboardist Jeremy Ruzumna, bassist Joseph Karnes, and drummer John Wicks. The Los Angeles-based band had been known for its platinum-selling No. 1 alternative radio hits “The Walker” and “Out of My League” from their 2013 album “More Than Just a Dream” and were accustomed to performing roof-raising live shows, but not for prepubescents at the Radio Disney Music Awards. The first song from their self-titled record was literally everywhere.

“I knew as soon as we wrote ‘HandClap’ that it was the one, but it made the intensity of having to deliver another album even greater,” says Fitz, who wrote 80 songs for the band’s upcoming album, “All the Feels.”

“With every record, we want to go somewhere different,” continued Fitz, who produced most of the songs on “All the Feels” on his own or with select collaborators, including Tommy English, John Hill, and Andrew Wells. “Sometimes that vision is clear. Sometimes it’s a process of discovery. I would say the first half of the writing process was us trying to give ourselves the freedom to do weird things and experiment. At the same time, it was like a monkey on our backs having this song that was so massive. Quietly, in the back of our minds, ‘HandClap’ was the bar we would measure everything against and, at a certain point, that became kind of suffocating. There were a lot of ups and downs for me personally, as an artist who is just trying to create something.”

But battling through the moments of self-doubt turned out to be a gift, in that they resulted in Fitz and the Tantrums’ most emotionally connected album to date. The title, “All the Feels,” reflects the bundle of emotions Fitz sat with during the writing process.

“There is power in talking about these things that I felt and continue to feel, like anxiety, depression, and insecurity, but also hopefulness and wanting to be more present,” he says. “Keeping it on a personal level is not only truthful, it’s also what people are really going to connect with.”

“All the Feels” is not only the album’s “opus” (as Fitz puts it); the phrase also applies to “every single song on the record,” Noelle Scaggs says. “They’re all about dealing with certain circumstances and trying to overcome them by allowing your light to shine, having gratitude for every moment that you’re breathing, and encouraging that in others.”

“It was my mission from the beginning to make an emotional record,” Fitz says. “Once I eliminated the songs that didn’t meet that criteria, others rose to the surface — ‘123456,’ ‘All the Feels,’ ‘I Need Help,’ ‘I Just Want to Shine,’ ‘Don’t Ever Let Em’ — and the title became obvious. ‘Here are all the feels – the good, the bad, and the ugly. We’re wearing them on our sleeves, showing you everything, warts and all.’”

Scaggs adds, “It’s definitely one of the most emotional records I’ve been a part of it. I feel like my heart and soul are in this album, and I’m very proud of that real talk about working through your battles in life.”

The real breakthrough for Fitz came when he wrote “123456” with K.Flay about the moment when you’re done feeling insecure, your confidence returns, and you want to celebrate and live in it for awhile.

“It came out of one of the darkest moments, more than halfway through writing the album and not feeling like I had the song,” Fitz says. “I was lucky enough to work with K.Flay. As another artist who understands what it takes to make a body of work and the cycles you go through, she was such a light.”

“I can be loving and I can be an asshole. I want to strive for greatness, but sometimes I come up short,” he says. “So it’s like, ‘Screw it, this is who I am. Take it or leave it.’”

“Don’t Ever Let Em” is about recognizing that you might be good at giving others advice, but not taking it yourself. “It’s me giving myself a pep talk and not giving up when I’m feeling down,” Fitz says.

“I Just Wanna Shine” deals directly with stress, anxiety, and depression, while “I Need Help” speaks to the value society places on being totally self-sufficient. “Asking for help is seen as a sign of weakness, especially for men,” Fitz says. “But it’s actually courageous to ask for help.”

Even though she’s always embodied a strong female presence, Scaggs gets teary when talking about that song. “I have a hard time singing it, actually,” she says. “Not because it’s vocally challenging, but because the message really hits home. I’m one of those people who find it so hard to ask for help when I need it. So that song is challenging for me just even trying to show vulnerability because I’ve shelved it for so long.”

In many ways, “All the Feels” — whose vibrant sonic palette draws from the band members’ diverse rock, alternative, dance, and hip-hop influences and leans in on their gutsier impulses — mirrors the duality of the human experience. The songs’ verses may be dark, but the choruses are about shining a light into those dark spaces.

“How do you talk about these things in a way that still makes you want to dance?” Fitz says. By answering that question, the album affirms Fitz and the Tantrums’ longtime mission to uplift people and bring them together, especially through their live performances. “Our show is such a big part of who we are and has always been a joyful dance party,” Fitz says. “We get to work through stuff together through dance and sweat. There is solace in knowing that you’re not alone.”

He recalls the time a family asked to come backstage to meet the band. Their daughter had congestive heart failure and was likely not going to survive. “’HandClap’ was the mantra that kept her going, and they just wanted to say thank you. It almost makes me weep talking about it now,” he says. “As hard as writing an album like this, there is healing in there. When I let myself be present and vulnerable, those are the moments that make me well up with from the emotion of what it took to make the record. Having people tell you that your music got them through their worst times — that makes it all worth it.” 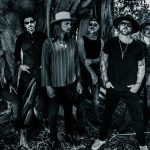 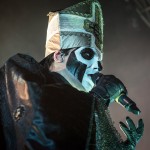