From a press release: Hailing from Charlottesville, Virginia, 7th Grade Girl Fight woos audiences with their fun, loud blend of garage pop and indie rock. With contagious energy and hooky choruses, they offer a polished, mature brand of alternative post-punk that feels both nostalgic and brand new. They’re bringing it all to Curry Donuts of […]

From a press release: Throwbacks aren’t just reserved for Thursdays – they’re happening all summer long. The national Pop 2000 Tour will deliver the “TRL” moments that brings pop fans right back to the early 2000s when boy bands ruled the airwaves and MTV. Hosted by Lance Bass of NSYNC, these shows feature live performances […] 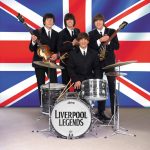