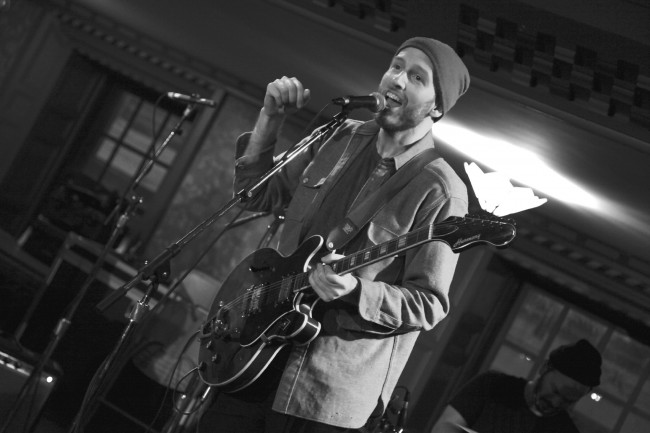 It was announced today that the Tom Petty Appreciation Band will reunite for a special concert in the Chandelier Lobby of the F.M. Kirby Center in Wilkes-Barre on Friday, Nov. 29 at 8 p.m.

The Scranton-born supergroup of well-known local musicians has only played a few sporadic shows over the last several years. After closing down Mert’s in downtown Scranton in 2017 following years of regular shows there, the band got together last November for “Bri Day” at the Scranton Cultural Center, a fundraiser for Brian Craig, the beloved co-owner of The Bog and a musician in his own right.

Tom Petty died in 2017 at the age of 66. When the news broke, the Associated Press wrote:

Petty, usually backed by his longtime band the Heartbreakers, was known for such hits as “Free Fallin,'” “Refugee” and “American Girl.” The Gainesville, Florida native with the shaggy blond hair and gaunt features drew upon the Byrds, the Beatles, and other musicians he loved while growing up in the 1960s. He was also a member of the impromptu supergroup the Traveling Wilburys, which included Bob Dylan, George Harrison, Roy Orbison, and Jeff Lynne.

Petty and the Heartbreakers had recently completed a 40th anniversary tour, one he hinted would be their last. Petty, whose worldwide sales topped 80 million records, was inducted into the Rock Hall of Fame in 2002.

Watch NEPA Scene’s live stream of the Tom Petty Appreciation Band performing at the Scranton Cultural Center on Nov. 23, 2018 below: