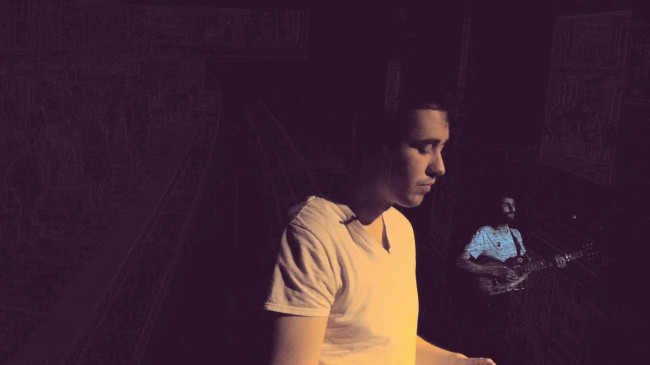 The annual Scranton Fringe Festival is set to return on Sept. 24-Oct. 4, so it has not been canceled or postponed like so many other events have been due to the coronavirus. Its organizers and participants, however, have been forced to cancel many other live performances in the meantime, so the event launched its own digital festival today to both entertain audiences stuck at home and aid artists struggling during the shutdown of all non-essential businesses.

Virtual tickets, which range from $5-$15 per show, are on sale now via Eventbrite. The videos are available instantly upon purchase via a private link that expires on April 20.

Before the coronavirus outbreak, actor and Scranton Fringe co-founder Conor O’Brien was about to announce New Orleans and New York City runs of an original show he created with musician Daniel Amedee called “Static,” but “our financial backing, venues, and marketing support is being placed on hold for quite some time,” leaving them both “really, really devastated” after years of work.

“I know this is such a tiny, silly, minor thing in the sea of chaos this virus has created … but we find ourselves in a situation a lot of touring artists and ‘gig’ creatives are navigating right now. Our work and large portion (if not all) of our livelihoods come from the gathering of people to share an experience. Both he and I are not only losing these opportunities (for now), but both of us are experiencing halts if not full-on cancellations of paid work” and “bills gotta get paid,” he explained in a public Facebook post.

“This will help us keep our organization alive, modest revenue flowing to our artists, and help our community stay creatively entertained in the weeks to come. … Art can be thrust into the world, even while we are all socially distancing ourselves for the time being.”

An aging comedian reminisces about the celebrity roast that ended his career in 1975. Told mostly through a flashback, a number of ’70s-style celebrities (including a puppet) are there to roast the narrator. As the night unfolds, petty jealousies arise until a death brings everything to an end. Conor McGuigan, multi-winner of the Electric City Best Actor award and an audience favorite year after year, creates and co-stars in this hilarious production.

“The Dais” premiered and was recorded at the first-ever Scranton Fringe Festival at the AfA Gallery in Scranton in 2015. It starred Heather Stuart, Joe McGurl, David Danielowski, Mike Gavern, and Conor McGuigan.

This event is a celebration of the vibrant and diverse voices of the LGBTQ community and its allies. Storytellers each share a true, first-hand experience in this head-to-head competition. Some stories will be hilarious, some will be heartbreaking, and all will be fantastic. This installment of the Big Gay StorySlam was presented as the kickoff event to the 2019 Scranton Fringe Festival at the Scranton Cultural Center.

“Static” premiered at the 2018 Scranton Fringe Festival and was then performed at The Cooperage Project in Honesdale, the 2019 Orlando Fringe Festival, the 2019 East to Edinburgh Festival at 59E59 Theaters in Manhattan, and at the 2019 Edinburgh Festival Fringe. The play tells the story of a fraught relationship between a father and son taking a long-delayed roadtrip to New Orleans. Equally heartwarming and haunting, “Static” combines live music, theatrical staging, and digital projection to craft a unique experience for its audiences.

The show was co-created by and co-stars Daniel Amedee and Conor Kelly O’Brien. It was produced and directed by Michael Pillot, with special credit to Simone Daniel, Elizabeth Bohan, Maggie O’Brien, Ellen Doyle, Joe O’Connor, and the New Vintage Ensemble.

“Awkward Teenage Years” is a new storytelling show about the most gloriously weird times in our lives. Grant Bowen, Will Clegg and Anastassiya Maximenko share true stories about school, crushes, broken bones, betrayal, embarrassment, alcohol and, ultimately, coming of age.

Grant Bowen is a storyteller, actor, and playwright. He’s been seen telling stories at The Moth, “Nights of Our Lives,” “The Adam Wade from NH Show,” and “Happy Hour Story Hour.” His solo show, “A Public Private Prayer,” debuted through Solocom 2019 at The Pit in New York City.

Will Clegg is a storyteller and filmmaker based in Jersey City. He has appeared on “Nights of Our Lives” and Adam Wade’s Storytelling Series at the Magnet Theater, and he competes at The Moth at every opportunity. When he’s not telling stories on stage or with a camera, he can usually be found baking sourdough bread at home in Jersey City.

Anastassiya Maximenko is a storyteller, educator, immigrant, woman, and so many other “things” she gets lost. She has been telling her tales everywhere she gets a chance: The Moth Community Showcase, The Moth Slams, New Women New Yorkers’ events, and Adam Wade’s Storytelling Series.

In the moments before the opening of their musical, flashbacks tell the story of how the director and her talented crew exceeded expectations, defied the odds, and discovered that all they needed was a little hope, each other, and just a penny. Presented by PATAsphere, this production was recorded at a live performance of “Just a Penny” at the F.M. Kirby Center in Wilkes-Barre.

“Good Grief: A Comedy About Loss and Being Bad at It”
2019, Goose Lodge, Brooklyn, New York
$10 for digital access

When comedian Glen Tickle learned about the death of his brother, he dealt with it the same way he deals with everything – by thinking of jokes about it. This show talks about how we deal with loss, grief, and the uncomfortable realities of life after the death of someone we loved.

“Good Grief” debuted at the 2017 Scranton Fringe Festival. This version of the production was performed live at the Goose Lodge in Brooklyn.

During his month-long coma, Chicago comedian Dave Maher’s family almost took him off life support. His friends eulogized him on Facebook. Then he woke up. After appearing on “This American Life” and at the Steppenwolf Theatre and the Edinburgh Fringe, Maher brings his unbelievable, hilarious, and moving one-man show about his coma to your quarantine.

“Dave Maher Coma Show” explores the physical and existential discomfort of waking up in a new body with a second chance at life. With his trademark combination of mischief and sincerity, Maher asks questions about life, online death, and the cost of change. He provides no easy answers but plenty of hard laughs.

This high-definition film is from the show’s initial sold-out run at the Annoyance Theatre in Chicago in 2015, one year after the coma. He still tours an updated version of the show today.

Relive storytelling comedian Joey Rinaldi’s most embarrassing moments with him in his solo show, “Story Time with Joey Rinaldi.” This hilarious autobiographical show is a collection of stories that have been featured in his previous one-man shows “Potty Training” and “Picture Everybody Naked,” with a few new additional stories as well. This performance was recorded live at the Under St. Marks Theatre in New York City earlier this year.

Our new digital series, SOCIAL DISTANT SCENE THEATRE, is now live!!! Eight amazing shows from across the globe are ready and waiting for you to enjoy from the comfort of your quarantine! See link in profile bio!!! #ScrantonFringe #socialdistancing #socialdistantscenetheatre #artunderquarantine 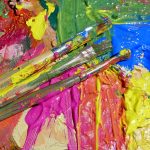 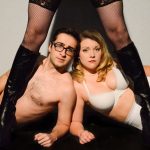