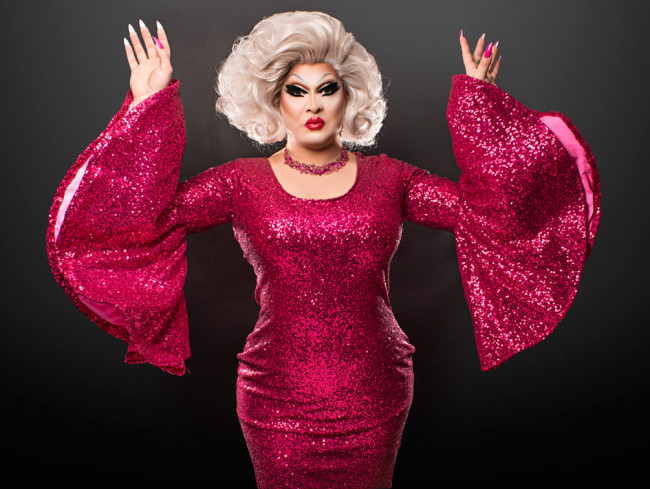 The Scranton Fringe Festival announced today that its popular Big Gay StorySlam scheduled for Saturday, June 6 at the Scranton Cultural Center has been canceled, but its host, drag queen Pissi Myles, will perform in a free Facebook Live stream that night instead.

Hello friends! With everything going on in the world, we regret to announce that we are unable to move forward with the highly anticipated annual Big Gay StorySlam as scheduled for June 6th. The Scranton Fringe and Scranton StorySlam team will miss hosting this event and look forward to the next time that we can gather for a memorable evening of storytelling. We wish to thank our venue partner, the Scranton Cultural Center at the Masonic Temple, for their continued support!

The good news is that we have something else planned! Keep your schedule cleared for June 6th – in place of our beloved Big Gay StorySlam, we will be virtually presenting the one and only Pissi Myles in a live drag show on our Facebook page! Pissi will serenade you, distract you, answer your burning questions, and make all of your dreams come true! Hope you can join in for a night of new traditions!

Earlier this month, the Scranton Fringe Fest hosted a virtual First Friday drag show with Myles. The next online show will be held on June 6 from 8 p.m.-9:30 p.m. for free, though donations are encouraged via Venmo (@ScrantonFringe) or PayPal (Scrantonfringe@gmail.com). Proceeds will be supporting both the festival and the artist.

Watch the previous live stream below:

The Scranton Fringe Festival is set to return on Sept. 24-Oct. 4, so it has not been canceled or postponed like so many other events due to COVID-19. Its organizers and participants, however, have been forced to cancel many other live performances in the meantime, so the event launched its own digital festival in March to both entertain audiences stuck at home and aid artists struggling during the shutdown of all non-essential businesses.

Breaking out of the long-running Scranton StorySlam series, the Big Gay StorySlam is a celebration of LGBTQ+ voices, welcoming members of the community to share their stories of triumph, disappointment, humor, and heartbreak with supportive audiences. In 2019, the Scranton Fringe Festival produced its fifth local installment of the event, hosted by Myles at the Scranton Cultural Center, as well as off-Broadway at the SoHo Playhouse in New York City and for the entire month of August at the world’s largest arts festival, the Edinburgh Festival Fringe in Scotland.

After five years of producing the Big Gay StorySlam as part of its annual fall festival, the Scranton Fringe planned to present the next event on June 6 to coincide with national LGBT Pride Month. 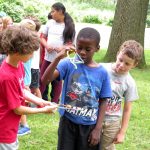