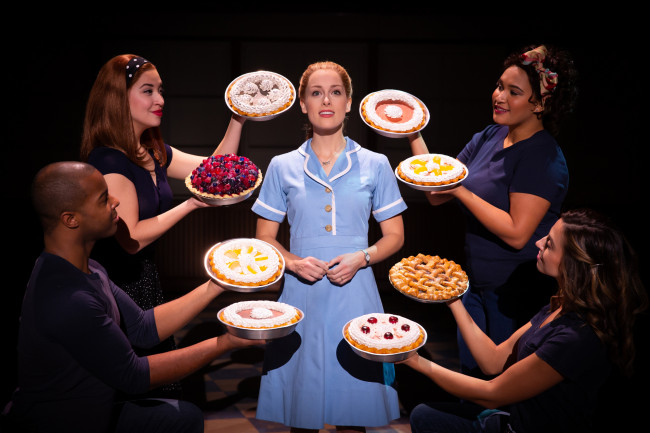 NAC Entertainment and the Broadway Theatre League of Northeastern Pennsylvania have announced the new Broadway in Scranton season. Featuring four season shows along with three specials, the season begins in February of 2021 and runs through August at the Scranton Cultural Center at the Masonic Temple.

Before the new Broadway in Scranton season begins in February, “Buddy: The Buddy Holly Story” will play on Jan. 22-24, 2021. These are the rescheduled dates from the shows originally scheduled for March of 2020. All original tickets will be valid at the rescheduled date. For those who do not have tickets, tickets to the January performances are now on sale at nacentertainment.com.

The new season will feature “Waitress,” Rodgers and Hammerstein’s “South Pacific,” “Charlie and the Chocolate Factory,” and “Cats,” along with special shows “Rain: A Tribute to the Beatles,” Stomp, and the Blue Man Group.

“The 2021 season is a slight deviation from the usual season timeframe of Broadway in Scranton. While we are anxious to return to the theatre, we acknowledge the reality that our industry has been uniquely affected by recent events. To that end, we have adjusted our schedule to accommodate a fall hiatus and are excited to reopen in 2021,” Broadway in Scranton said.

“Broadway in Scranton is working with the management at the Scranton Cultural Center at the Masonic Temple to ensure that the local, state, and federal safety guidelines will be followed when the venue reopens and we are once again allowed to gather.”

Season tickets for the 2021 season are on sale now, and prices range from $175-$315. For more information, visit nacentertainment.com, call the Broadway Theatre League of NEPA office at 570-342-7784, or email info@broadwayscranton.com.

Season ticket holders receive many benefits including the opportunity to purchase advance tickets to these shows.

“Rain: A Tribute to the Beatles”
Feb. 10, 2021
In celebration of the anniversary of Abbey Road, RAIN will bring the greatest hits of this epic recording to life, in addition to all your early Beatles favorites. This mind-blowing performance takes you back intime with the legendary foursome delivering a note-for-note theatrical event that is “the next best thing to seeing the Beatles”(Associated Press). Experience the worlds’ most iconic band and come celebrate the best of Abbey Road with RAIN–A TRIBUTE TOTHE BEATLES