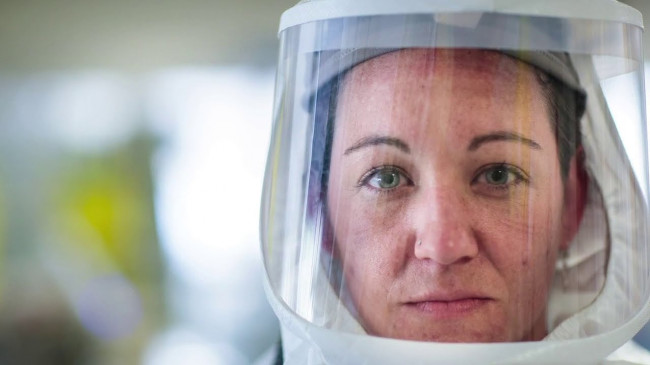 Facing down a mysterious, deadly disease, caregivers across Geisinger’s hospitals have grappled with a harrowing inundation of patients battling COVID-19.

A new 30-minute documentary, “Five Days in May – Inside the Fight Against COVID-19,” offers a raw, emotional look at the challenges faced by teams across Geisinger during the pandemic’s first peak in Northeastern and Central Pennsylvania. Over five days, the documentary captures the ingenuity of Geisinger’s last lines of defense as they cared for over 100 critically ill patients who were stricken with the raging, unpredictable disease.

“It was fast and furious. And the number of cases that came in was so quick, we just could not keep pace with it initially,” said Dr. Ujwal Ratna Tuladhar, associate hospitalist at Geisinger Community Medical Center in Scranton.

“When you see those numbers on the TV screen on the news, it’s almost numbing, but when you’re here and you see these patients, it becomes real,” said Dr. Paul Arkless, associate director of Pulmonary & Critical Care Medicine at Geisinger Wyoming Valley Medical Center in Wilkes-Barre.

“There was fear, there were tears, there was concern – and all extremely valid. I felt that along with them because there was a lot of unknowns,” said registered nurse Chad Cope, ICU operations manager at Geisinger Community Medical Center.

The documentary has premiered on WNEP-TV and online at a time when Geisinger – and most hospital systems across the country – is grappling with the most intense surge of COVID-19 this year, which has created unprecedented capacity demands and taxed an already fatigued staff. Directed and produced by Kristin Doran, the documentary was filmed over five days in May when Geisinger believed the pandemic’s spread was at its height with just over 130 patients with COVID-19 hospitalized across the system.

This fall surge has seen more than double the number of hospitalizations and ICU stays than in the spring, with numbers as high as 200+ inpatients with COVID-19. Geisinger is seeing a new COVID-19 admission about every hour.

“What you’ll witness in this documentary is the real experience of our heroic staff, and evidence that we desperately need the community’s continued support. If you’re asking how to help – please, wear a mask. This is far from over.”

Since March 2020, nearly 1,700 people with COVID-19 have been hospitalized at Geisinger. Nearly a quarter of them have required care in Geisinger’s intensive care units, half of whom needed ventilators.

The documentary can be viewed in its entirety on YouTube:

Headquartered in Danville, Geisinger is committed to making better health easier for the more than 1 million people it serves in Pennsylvania and New Jersey. Founded more than 100 years ago by Abigail Geisinger, the system now includes nine hospital campuses, a 550,000-member health plan, two research centers, and the Geisinger Commonwealth School of Medicine. With nearly 24,000 employees and more than 1,600 employed physicians, Geisinger boosts its hometown economies in Pennsylvania by billions of dollars annually. 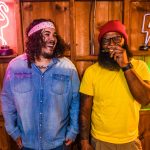