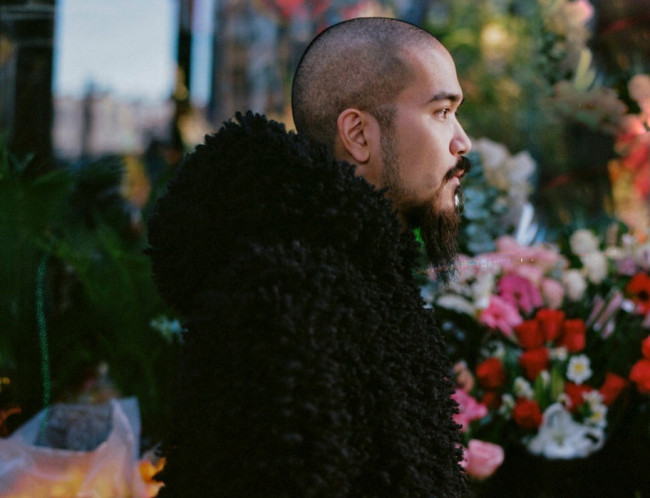 This week, Harrisburg indie folk punk artist and activist Koji released a new song and responded to the recent mass murder of eight people at spas in Atlanta, Georgia. Six of the victims were women of Asian descent.

“‘To Carry (On and On)’ is a song about my experience as a member of Asian diaspora, facing white supremacy in the so-called United States, and the movements to eradicate the conditions that create violence,” the 34-year-old singer/songwriter said.

“It was heartbreaking to wake up to the news of the anti-Asian, anti-sex worker murders in Atlanta. Worse yet, it was so violent to hear the Atlanta police excuse this act of white supremacy by saying, ‘It was a bad day for him,'” they continued. “Policing and carceral approaches will never be the answer.”

“To Carry (On and On)” is featured on “Sunday, Someday,” a compilation album created by a group of like-minded musicians who began meeting virtually each Sunday after their planned tour together was canceled due to the pandemic. Koji, Philadelphia singer/songwriter Solstice Rey, Central Pennsylvania multimedia artist Full on Mone’t, U.K. alt punk band Nervus, and Los Angeles pop rock trio Potty Mouth contributed songs to the album, while crew members who would have been on the tour lent their creative and promotional support. Get Better Records, a queer-run independent label based in Philadelphia, will release the album next Friday, March 26.

“In response to this tragedy, proceeds this week from the ‘Sunday, Someday’ Bandcamp will go towards Red Canary Song, who organize with migrant and Asian sex and massage workers in New York City (Lenapehoking), my home the last several years,” Koji said.

“Please support folks in your communities doing this work and remember that the path towards #StopAsianHate is only possible through decriminalization, black and indigenous liberation, and disability justice.”

“Sunday, Someday” was initially developed to support a member’s fundraising efforts for top surgery, but when they reached their fundraising goal, the focus shifted to supporting aftercare expenses and LGBTQI+ youth initiatives. In partnership with Harrisburg coffee roaster Little Amps, Get Better Records has launched a pre-order bundle benefiting the LGBT Center of Central PA’s afterschool program by funding acoustic treatment for youth with sensory needs.

This commitment to supporting queer community members is deeply personal for the group, as the bands involved are comprised primarily of LGBTQI+ people, including members who identify as queer, trans, non-binary, and agender.

Living remotely from one another and in relative isolation during the pandemic actually created more space for collaboration.

“When pandemic and uprising hit, our instinct was to turn toward one another, to create together, and to support one another,” Koji explained.

“Whether we’re doing mutual aid, community care, or we’re out at a protest, we had each other to make sense of the world and what was going on. This project is just an extension of the care that we give to each other and our communities.”

Every aspect of song production and artwork creation for the album was done within the group. Nervus contributed guitars and drums on both Solstice Rey tracks, Em Foster (Nervus) and Koji mixed and mastered all of the tracks on the album, Abby Weems (Potty Mouth) designed the album art, and Nervus’ manager Megan Foster Rose designed the website for the project. Collaboration, however, extends far beyond album credits, and the power or sum of the project is based on the invisible work and the creativity that takes place within authentic relationships.

“It’s exciting to work on something with people I feel so connected to and understood by,” Abby Weems of Potty Mouth said.

“This release is an opportunity for all of us to use our collective passions, skills, and resources to support each other as artists and as people with our own personal needs.”

“This record is a celebration of living in community,” Koji added.

“It’s a project that asks, ‘What world is possible when everyone’s needs are met?’”

Over the years, Koji has performed in Northeastern Pennsylvania and shared stages with local artists like Title Fight. Joe Caviston, a music promoter, Screaming Infidelities: Emo Night DJ, and the co-founder of the Steamtown Music Awards in Scranton, interviewed Koji for his new “Cry About It” podcast. Watch the full episode below: