From a press release: It was announced today that the Scranton Cultural Center’s annual String Fling event will return to the Masonic Temple with a retooled “All Acoustic Evening” on Friday, April 8. This intimate “unplugged” concert features some of Northeastern Pennsylvania’s favorite musicians performing mixed sets of original music, folklore, and more in Shopland […] 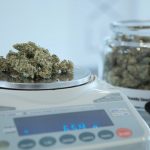