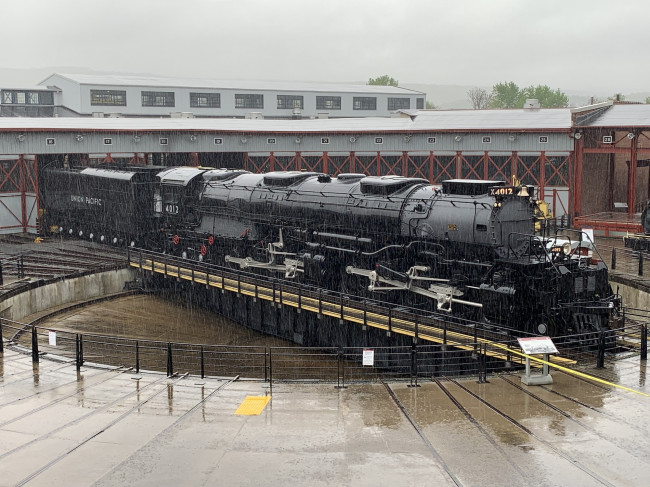 Today, the Steamtown National Historic Site in downtown Scranton announced that its Union Pacific Railroad “Big Boy” No. 4012 has returned to static exhibition in the park following an extended cosmetic restoration, just in time for National Train Day and National Preservation Month.

The locomotive was removed from display in 2019 in order to replace rusted parts, remediate hazardous materials from its original construction, and receive a new paint job.

No. 4012 is among a unique class of 25 articulated steam locomotives with a 4-8-8-4 wheel set built solely for the Union Pacific Railroad by the American Locomotive Works (American Locomotive Company). Most were constructed in 1941, including No. 4012, on the eve of United States’ entry into World War II. As such, their ability to haul heavy loads unassisted subsequently played a critical role in America’s home front war effort. An engineering marvel that is perhaps the high point to steam locomotion technology, the “Big Boys” nonetheless became obsolete as more efficient, reliable, and cost-effective diesel-electric locomotive technology was refined during the 1950s. The last Union Pacific “Big Boy” revenue run occurred in 1959.

Union Pacific Railroad recently restored “Big Boy” No. 4014 to operational service to honor the railroad’s long history and to commemorate its role in building the first transcontinental railroad, which was completed in 1869. Only eight “Big Boys” survived the scrapper’s torch, with Steamtown NHS’s No. 4012 the only one to be found on exhibit in the United States’ Eastern time zone.

On National Train Day, Saturday, May 8, visitors can learn more about the history of the “Big Boy” and steam railroading in general, ongoing preservation and restoration efforts, and enjoy a representative collection of steam-era locomotives, passenger cars, and other rolling stock. Visitors are encouraged to celebrate Train Day responsibly. In accordance with the National Park Service COVID-19 response, face masks are required on NPS-administered lands where physical distancing cannot be maintained and in all NPS buildings and facilities. 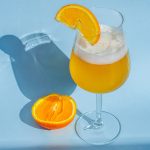