From a press release: An exhibition of America’s beloved Little Golden Books opens Wednesday, Jan. 19 at The Gallery at Penn College in Williamsport, offering viewers a range of discoveries, from exploring old favorites and appreciating their classic illustrations to learning about the publishing enterprise’s fascinating history. “Golden Legacy: Original Art from 75 Years of […] 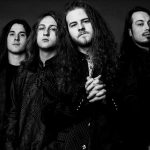