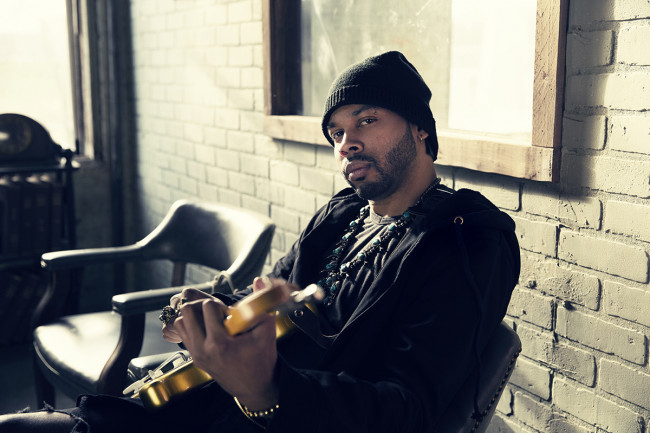 It was announced today that up-and-coming rock singer, songwriter, and guitarist Ayron Jones will visit the F.M. Kirby Center in Wilkes-Barre on Friday, Oct. 29 as part of the venue’s “Chandelier Concert Series.”

St. Louis rockers Hounds will open the intimate show in the Chandelier Lobby. Doors open at 6:30 p.m., and the concert starts at 8 p.m.

When Ayron Jones wrote the haunting lyric, “Got me on my knees / too much smoke, can’t breathe,” heard in his single “Mercy,” he meant the words quite literally. It was August of 2020 when he penned the song along with Marty Frederickson and Scott Stevens and, by that point, during one of the most tumultuous years in recent American history – the whole world appeared to be on fire.

“I just felt like the line epitomized where we were in America,” Jones said. “It was like taking a telescope and giving people a perspective of America from an outsider and what it felt like to experience this time. It was a rough story about what was really going on here in this country – and particularly for me, as a black man.”

Full of charged lyrics and melodies, “Mercy” strongly captures a collective consciousness of the time. It is also, though, underscored by a vision of hope and endurance – through it all, we persevere.

Jones’ own personal story – from the streets of Seattle to full-blown rock star – is no less rough, yet also one filled with perseverance and determination. His parents both battled drug addiction and, at a young age, Jones was taken in by his aunt and uncle. Money was tight, and he struggled to understand both his place in the world and how to overcome his tumultuous youth. Yet these very elements became the fuel to drive his early career.

Doubling down on his uniqueness with an album that harkens back to Jones’ beginnings, “Child of the State” was recently released on May 21 via Big Machine/John Varvatos Records.

“Having faced the abandonment I did as a child, and how that affected me in life, is really what this album is about,” he said of the title. “It’s the triumph of overcoming all of that and still being that person. I’m the same kid looking for his parents, that longed for the love and support. A lot of people have faced adoption and abandonment, but it’s not really talked about as to how that affects people, and I thought it was important to be a beacon of hope for those people – to stand for something and prove not everyone has to be a stereotype or statistic.”

Jones was 13 when he first picked up the guitar that belonged to his friend – one that he began visiting more frequently just so he could spend more time with the instrument. Recognizing his raw talent, his aunt and a neighbor eventually gifted him guitars, and all the while he taught himself to play, picking and strumming until the strings felt like a second skin.

“I had a lot of conflicting emotions about my identity and my childhood,” he explained, “and until I found the guitar, I didn’t have an outlet. Writing and playing became a channel to express everything that I had been feeling, and then it just became my obsession.”

That self-sufficient tenacity continued to buoy Jones when, at the age of 19, he began releasing music independently. His talent and diligence earned him opportunities with iconic artists such as B.B. King, Guns N’ Roses, Janelle Monae, and many more, forging a path to continuously widen his audience and broke barriers as a black artist in the rock industry.

“In the early days, we would walk into clubs and be treated poorly because we didn’t look like the usual rock band but, after leaving the stage, we had won over the hearts and minds of the crowd. We knew that we were doing something to open the door for other artists like us, not just in Seattle but across the world. Fast forward to today and Seattle has become a black rock city – prominent black artists are leading the scene. I’m proud to have endured the hardships and challenges that I did as a performer in order to open the door for those coming next,” he recalled.

Jones cultivated a robust following in the Pacific Northwest, earning the embrace of the city’s musical royalty, including Duff McKagan, Mike McCready, and more. His independent rise allowed him to hone his creative vision, and the partnership with Big Machine/John Varvatos Records was the next step in his musical and creative journey.

“Had I stayed independent, I don’t think I would’ve had the opportunity to be where I am now, as a chart-topper and moving into my first major record,” he noted.

“Child of the State” features his Billboard Mainstream Rock No. 1 hit “Mercy” as well as his Top 5 debut “Take Me Away,” which proved that there’s definitely a market for his genre-blending sound that contains elements of rock, blues, soul, grunge, and hip-hop. His life is sprinkled throughout the full album, with lyrics tackling controversial subjects and stories that listeners can relate to.

Jones weaves together complex issues of addiction and relationships in “Spinning Circles” – “You’re the want that I need / Like that cough from good weed / And those lines that you toe / That slow drip down your throat.” For him, the song is autobiographical in the sense that “we have all been in relationships that were very unhealthy, where we couldn’t get rid of the person and there was something there that kept drawing us back and forth, going in circles.”

“Supercharged” stands as an anthem for his love for female energy and past muses. Jones admitted, “I love love and, for better or worse, the abandonment in my childhood has fueled that emotion.” Masterfully upending preconceived notions of music and lyrics, the album also feeds on a palpable passion, from the bluesy “Baptized in Muddy Waters,” evoking Muddy Waters both literal and figurative, to the stripped-down and pensive “My Love Remains” and the hard-driving soulful melody of “Boys from the Puget Sound.”

From one song to the next on the album, Jones’ love affair with the guitar and his versatility on the instrument shines through. He also played a heavy role in production on “Child of the State,” collaborating with producers to craft his sound and vision. “The experience of working with various individuals on the project both allowed me to express myself and my experience in the studio, plus to further my own knowledge of production.” 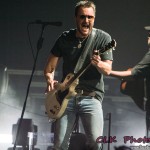 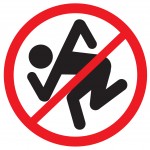