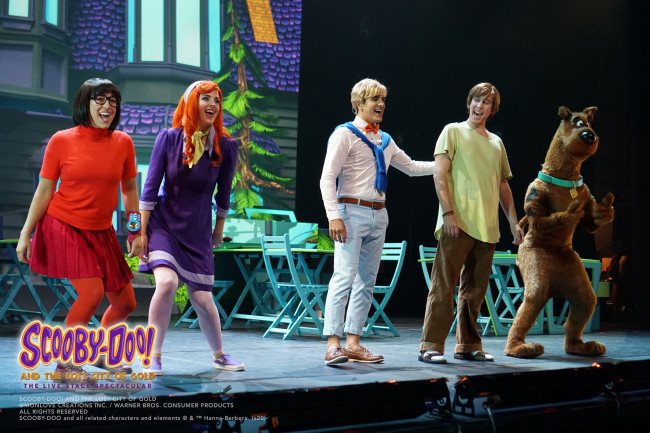 Today, Montreal-based production company Monlove and Warner Bros. Themed Entertainment announced new tour dates for “Scooby-Doo! and the Lost City of Gold,” including a stop at the F.M. Kirby Center in Wilkes-Barre on Sunday, Feb. 20.

Created by Ella Louise Allaire and Martin Lord Ferguson, this show is a “live musical stage spectacular” adapting one of the most beloved international franchises of all time. Scooby-Doo and his meddling, mystery-solving friends embark on a new adventure to solve a brand new mystery brought to life with cutting-edge technology, original music, puppetry, magic, singing, dance, interactive video, aerial arts, acrobatics, and video mapping.

In “Scooby-Doo! and the Lost City of Gold,” fans of music, discovery, and “gh-gh-ghosts!” won’t need a passport to travel with Scooby-Doo, Shaggy, Daphne, Fred, and Velma to Alta Luz, a fictitious South American town where ghostly sightings of La Dama de Oro (The Lady in Gold) threaten to scare attendees away from the annual music festival and Incan sun god celebration.

Through dialogue, dance, song, and amazing landscapes, audiences will join the journey as the gang takes the Mystery Machine on its first flight to a land of ancient civilizations, legends, and culture. As they sniff for clues (and snacks), a trail of extinct purple irises leads them through a veritable Nazca lines labyrinth of mystery as they meet friends – or foes – Miguel the groundskeeper, Luis the lama, botanist Professor Falcone, the Pachacuties, and Ayar Manco, the 13th century founder of the Incan civilization). Zoinks!

Monlove also announced that Frank Welker, known by ears everywhere as the animated voice of Fred Jones, Scooby-Doo, and others, has signed on as the voice of Monlove’s Scooby-Doo.

For more than five decades, Scooby-Doo has created a world of mysterious fun where playful spirits of all ages seek adventure, solve problems, and do good. The Mystery Incorporated gang will continue to entertain fans with new experiences and content for years to come with “Scooby-Doo! and the Lost City of Gold.”

In partnership with Warner Bros. Themed Entertainment, “Scooby-Doo! and the Lost City of Gold” was created and directed by some of the biggest names in live entertainment and produced by Monlove. The show’s original concept, book, music, and lyrics were written by Ella Louise Allaire and Martin Lord Ferguson, the powerhouse behind many hit shows, including “Ice Age Live: A Mammoth Adventure,” which toured 48 countries in 12 languages and grossed over $100 million.

Warner Bros. Themed Entertainment, part of WarnerMedia Global Brands and Experiences, is a worldwide leader in the creation, development, and licensing of location-based entertainment, live events, exhibits, and theme park experiences based on WarnerMedia’s iconic characters, stories, and brands. WBTE is home to the groundbreaking global locations of The Wizarding World of Harry Potter, Warner Bros. World Abu Dhabi, WB Movie World Australia, and countless other experiences inspired by DC Comics, Looney Tunes, Scooby, “Game of Thrones,” “Friends,” and more. With best-in-class partners, WBTE allows fans around the world to physically immerse themselves inside their favorite brands and franchises.

A world leader in adapting family brands for live stage and digital mediums, Monlove is a full production company specialized in developing creative content since 2005. With a vast experience on numerous Cirque du Soleil shows such as “Kà,” “Mystere,” “Zed,” and “Alegria” and building from the success of the critically acclaimed “Ice Age Live: A Mammoth Adventure,” the company’s credo is to innovate with ideas that send a message of love and hope to the world. 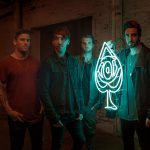