Live music made a massive return this year, and before 2021 wraps up, Kyle Demko is bringing the local music scene together for one last big festival – and a worthy cause.

19 different acts will perform across five downtown Wilkes-Barre bars and restaurants on Saturday, Dec. 4 for what he has simply dubbed “NEPA Music: Toys for Tots.” Senunas’ Bar & Grill, Beer Boys, Vesuvio’s Pizzeria & Ristorante, The Down Pour, and Franklin’s will host a mix of rock, acoustic, country, and hip-hip artists as well as DJs from as early as 3 p.m. to as late as closing time. An unwrapped toy or cash donation at the door will cover the entertainment all night at all five venues.

“We’ve done fundraisers like this before, but not at this level. I’m lucky to have people that want to help; it’s not hard when everyone helps out the smallest bit, even if it’s just donating an hour and singing some songs or showing up to help make sure people are donating to get in, whatever it may be – every hand helps. This is the fourth official year we’re doing it. They’ve all had a similar goal – play music and promote the heck out of people donating to a cause like this,” Demko said.

“I wanted to take on something bigger this year because the past few years have went so smooth – funny to think the first year was really going to just be Marcus [Welliver] and I setting up equipment and playing for a while because we were both off that Sunday, and it turned into an eight or nine-act showcase of the best music around, from Tori V to Graces Downfall to Wells River Band. Unreal. It’s only growing, you know. It’s a little more involved this year bringing the bars together and all on the same page, but the bands and performers are really taking on the legwork of everything!”

Over the years, the 30-year-old singer/songwriter from Mountain Top has been performing solo and under the name Always Undecided since 2012 when he played under a local music tent at the Vans Warped Tour’s annual stop in Scranton.

“Always Undecided has been a brand I’ve chose to stick with since I started writing music. I’ve had different lineup changes, but it’s always been my main focus in music,” he explained.

No matter what iteration of Always Undecided he’s singing under, Demko always gets the crowd engaged with his lighthearted energy and passion for all kinds of music, letting everything from country to hip-hop influence his songs and its presentation. His affable and outgoing personality has not only helped him grab the attention of bar crowds, but it has also built relationships with the venues he frequents, making a big project like NEPA Music: Toys for Tots much easier to organize.

“Bringing the bars together was fun,” he noted with a laugh.

“I love those bars, and I’ve been going to them since I’m 21 and they’ve all had music throughout the years, so it was only right to pick the ones I picked. Hopefully next year it snowballs and I can get more people in that area to jump on board. Last year, we had bars in Scranton involved, and this year I wanted to condense it for walking distance, but I’m hoping if this runs smoothly we can do a valley-wide weekend thing too. It’s so worth it – there’s so much awesome music and we have such a tight-knit community that for all of us to come together is just amazing. I was lucky everyone was willing to jump on board, so I just scheduled it and it was absolutely smooth.”

The U.S. Marine Corps Reserve Toys for Tots program is a charity that is close to his heart and reminds him of childhood.

“I chose Toys for Tots because, growing up, my parents worked hard and were always good to my sister and I; they always told me make sure you tell Santa to be good to all the kids that are less fortunate. It was always a mindset, plus I have family and friends in the military and always respected what the marines do. The older I get, the more amazed I am by it. I love comics, and you know what Uncle Ben says… the fact that I can help get something like this going makes me feel like I gotta do it. I love it. I love all the musicians in the area and root for every one of them, so this is really exciting and I hope it’s gonna be huge!”

While most people think of music festivals as a summer activity, NEPA Music is looking to prove that, with the right cause and the right talent, people are willing to come out no matter what time of year it is.

“I’m looking forward to giving people an idea of what a festival looks like a little bit. It makes people feel good to give. This is all volunteered time, so I’m looking forward to seeing everyone in a giving spirit this weekend! To have so much talent crammed into two or three blocks is so sick, and I hope everyone’s ready for it,” Demko enthused.

“It’s my birthday Friday, so I’m pumped to have a ton of friends and family out!” 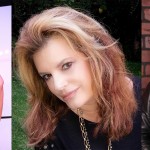