Live music made a massive return this year, and before 2021 wraps up, Kyle Demko is bringing the local music scene together for one last big festival – and a worthy cause. 19 different acts will perform across five downtown Wilkes-Barre bars and restaurants on Saturday, Dec. 4 for what he has simply dubbed “NEPA […]

From a press release: It was announced this week that gold-selling “Tennessippi” rock band Saving Abel, known for songs like “Addicted,” “Drowning (Face Down),” “18 Days,” “The Sex Is Good,” and “Stupid Girl (Only in Hollywood),” will return to Stage West in Scranton on Wednesday, Feb. 19. Local rockers Another Day Dawns from Lehighton and […]

From a press release: Philadelphia acoustic singer/songwriter Alex O’Brien will return to his hometown area to host his CD release party at the Irish Wolf Pub in downtown Scranton on Saturday, March 31 at 7:30 p.m. Special guests include Scranton pop punk band GlowNovember, singer/songwriter Bryan Brophy, and more to be announced. Formerly a Mountain […] 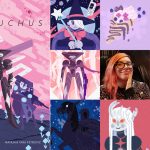