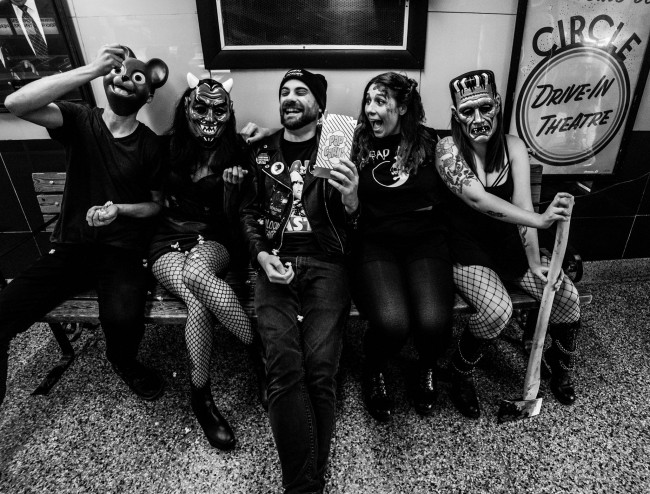 Live music, iconic horror films, a celebrity meet and greet, and a one-of-a-kind marketplace will be some of the highlights of Spooky Summer II, an outdoor event hosted by the NEPA Horror Fest and Scranton DIY Punk Collective at the Circle Drive-In Theatre in Dickson City on Saturday, June 25.

The day opens at noon with a unique shopping experience where over 60 vendors from the local and tri-state area will showcase original artwork, vinyl records, VHS tapes, vintage clothing, fanzines, and more at the Scranton Punk Rock Flea Market & Zinefest.

Starting at 3 p.m. and running through 8:45 p.m., live bands from the region and beyond will coincide with the market, including performances by Shodémon from Scranton; Carrousel and Rubix Pube from Bethlehem; Horrible Charlie from Reading; Lily Mao and The Resonaters and Chesty Malone and the Slice ‘Em Ups from Brooklyn, New York; and Teen Mortgage from Washington, D.C.

Beginning at 9 p.m., the Circle Drive-In (1911 Scranton/Carbondale Hwy., Dickson City) will be screening original horror classics “Pet Sematary” and “Friday the 13th,” as well as a special showing of the 1980 cult classic “Night of the Demon,” made possible through a partnership with Severin Films, plus the short films “All You Can Eat,” “Vamp Nite,” and “10/31/85.”

Tickets for the entire event, which are $25 for individuals, $35 for two people, and $65 for a group of five, are on sale now via Eventbrite. Use promo code GAGE for $5 off. Tickets will also be available at the box office the day of the event, cash only. For more information, visit nepahorrorfest.com.

Cultivated in the coal mining lands of Northeastern Pennsylvania, the Scranton DIY Punk Collective brings local DIY subculture to the forefront. Two hours from New York City and Philadelphia in either direction, Scranton is a town of artistic miscreants, urban makers, music collectors, metalheads, hippies, and punks of all breeds. Artists, makers, zinesters, and collectors showcase their handmade works and wares at the Scranton Punk Rock Flea & Zinefest. The event is a showcase for audiophile specimens like vinyl, cassettes, and VHS tapes and a social space for zines, underground comix, radical publications, and other printed matter, as well as original handcrafted works. They celebrate original art, patches, pins, stickers, vintage clothing, ethically-sourced taxidermy, bone jewelry, retro toys, video games, horror memorabilia, and other odds and ends. They see the DIY world as a fusion of music, writers, artists, and makers, thinking of this as the ultimate confection of indie subculture – a little bit of this and a little bit of that.

The NEPA Horror Film Festival began in October of 2015 with a free event called “13 Short Films” at the River Street Jazz Cafe in Plains. The following December, it moved to Ale Mary’s in downtown Scranton for an event called “Spooky Christmas.” Ale Mary’s served as the venue for a handful more of these events, including October 2016’s “13 Short Films 2,” which was hosted by the legendary Joe Bob Briggs (“The Last Drive-in with Joe Bob Briggs,” TNT’s “MonsterVision”). Felissa Rose (“Sleepaway Camp”) and Lisa Gaye (“The Toxic Avenger Part II” and “Part III”) were also special guests that evening. The following year, the third annual “13 Short Films” was hosted by Iron Horse Movie Bistro in Scranton and quickly sold out, turning away patrons at the door. Finally in 2018, the NEPA Horror Film Festival found its permanent home at the Circle Drive-In. 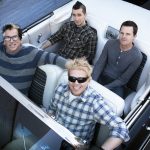