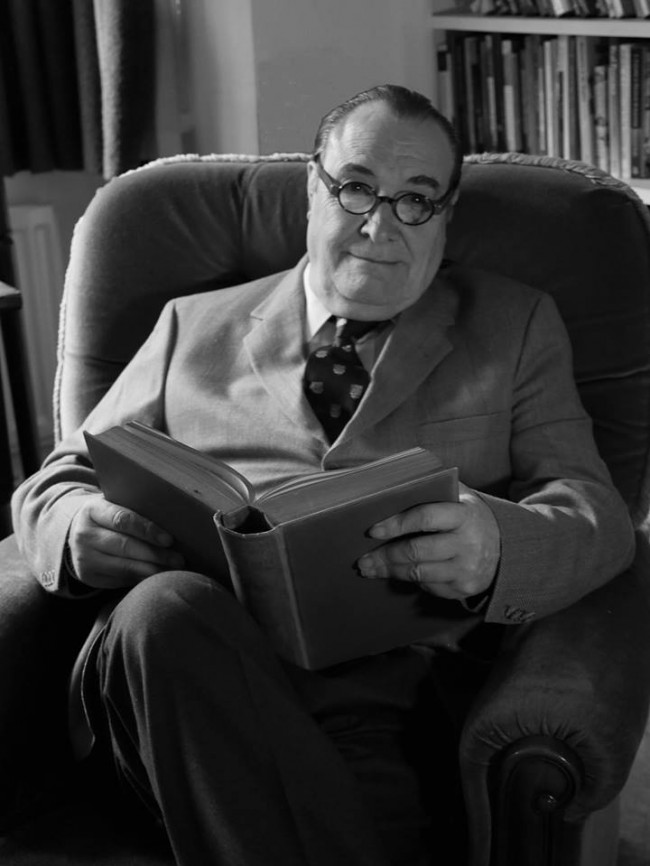 Time after time for the past 20 years, British actor David Payne has stepped on stage to portray one man, a literary giant whose works resonates with readers today and who Payne so uncannily resembles. He nails it each time, receiving praise from not only audiences, but colleagues, for his spot-on likeness – and, yet, Payne has never even met the person he has transformed into 1,000 times over.

C.S. Lewis has been dead for more than 40 years, but the author of “The Chronicles of Narnia” lives on through Payne’s portrayal, this time around in “An Evening with C.S. Lewis,” a one-night show that stops at the Little Theatre of Wilkes-Barre on Wednesday, Oct. 1.

It’s 1963 in a home just outside of Oxford, and a group of American writers have assembled fireside in the living room of C.S. Lewis, who is spinning tales of his life.

“He talks about his childhood, his work, how he became a Christian, his friends – one of which was J.R.R. Tolkien – and his wife,” Payne said of the production. “It’s a very informal chat; it’s not a lecture.”

It’s one through which audiences see the life of Lewis through a man whose experience with the author runs deep, despite never having met him. 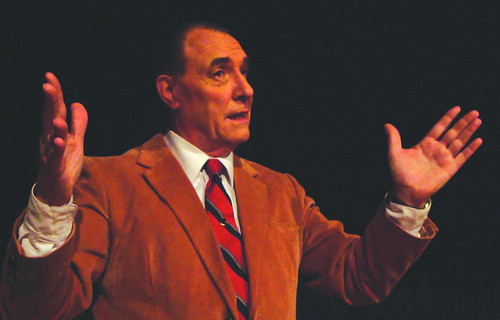 Payne was first introduced to his works at 17 years old through “The Screwtape Letters.” It would take 45 years, but that book would inspire him to write his first stage musical, “Target Practice.” Payne has written two other Lewis-centric plays (“Weep for Joy,” “St. Jack and the Dragon”) and has performed in over 500 showings of “An Evening” to date.

Payne didn’t step foot on stage until he was in his 50s.

“It said, ‘British accents a help,’ and I thought, ‘Well, I’ve got a British accent,’” he said of his decision to audition for Nashville’s Tennessee Performing Arts Center’s production of “Shadowlands.”

He went in with the attitude that if he made a fool of himself, he’d most likely never see the people again, so it wasn’t a big deal. He was after a small part.

And then he landed the lead role, portraying C.S. Lewis.

“Some people would say I was just in a mid-life crisis,” Payne said with a laugh when talking about his reason for jumping at the chance to act.

Payne’s OK with the fact that his acting career started so late in life.

“Part of me wishes I had gotten into acting earlier because, obviously, I can do it. And then another part of me says, ‘No, you hit it at the right time,’ and particularly in playing Lewis at this point in his life.

“As a younger man, I probably really wouldn’t have the sort of power, ambience, stage presence. I certainly think my life experiences up to that point… well, people say, ‘Have you ever done drama school? Been to actor’s school?’ and I say no, but people do say life is a university, so maybe I needed all that to be able to pull off the role of C.S. Lewis.”

While many actors have the opportunity to slip in and out of several characters, Payne has spent his time on this particular one. So, then, how much does becoming a singular person so many times affect the way Payne acts off stage? Seemingly, it doesn’t.

“People say, ‘How long does it take you to come down from being Lewis?’ Well, as long as it takes me to descend from the steps of the stage.

“The adrenaline of performing in front of an audience takes longer, but once I’m off stage, I am David Payne. People do treat me like I’m Lewis, thanking me for the books I’ve written, things like that, which is great. The important thing is that they buy into the fact that this is Lewis they’re seeing. When people still think you’re Lewis in the lobby, that’s the greatest compliment you can get.”
There is one big point that proves common for Payne and Lewis, one which Payne taps into while on stage: grief.

“He went through a very serious loss in his life, when he lost his wife,” Payne said. “My wife, fortunately, God has preserved. She’s still here, I’m still here, we’ve been married 48 years, but in England, we went through a period of time where I had a serious business failure. We lost everything. We had two houses, we lost that, we had two teenage boys at the time, and not two pennies to rub together.”

It was when Payne was reading Lewis’ book “A Grief Observed” that he really identified with him.
“He talks about some of the feelings he had in his grieving process, and I remember thinking, ‘Oh, I felt like that.’ Grief is grief, if you lose your health, your job, your financial security. I haven’t lost a wife, but I have lost a lot.” 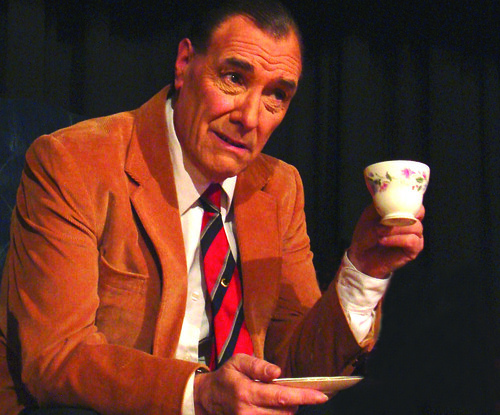 “An Evening with C.S. Lewis” is not all dismal thoughts, however. Payne said people come to see the show and are surprised at how much they laugh.

“He was a great humorist,” Payne said of Lewis. “His stepson said you couldn’t be in a room with him for even five minutes without laughing.”

A relationship with Lewis’ stepson, Douglas Gresham, is one of the ways Payne has studied up to portray a man he never even met, in addition to diving into his works.

His method is one with proven results.

“My objective in the play is I want people to meet the man behind the books, not to meet the books. One of the most common responses I hear when I meet the audience in the lobby is, ‘You know, I really felt like I spent an evening with C.S. Lewis.