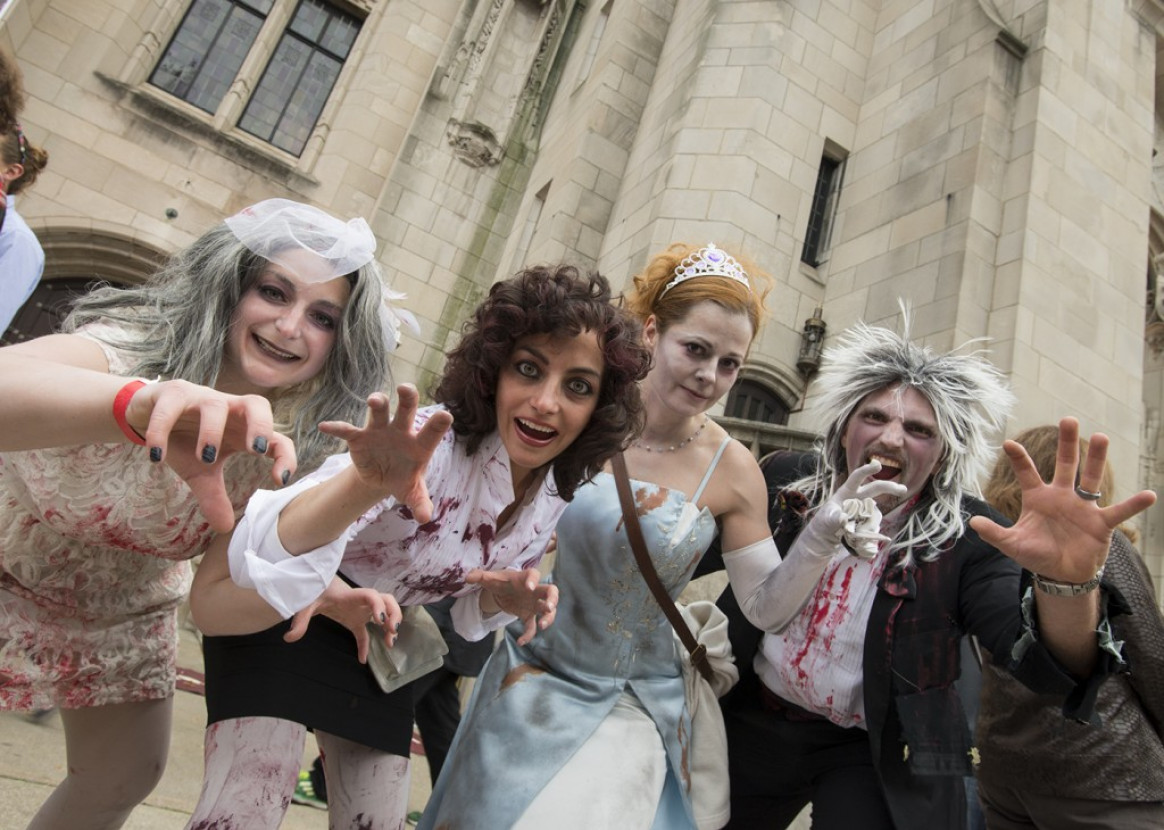 For the first time ever, Scranton participated in the global zombie flash mob Thrill the World, not only to break the Guinness World Record for the “Largest Simultaneous Dance to Michael Jackson’s ‘Thriller,’” but to fundraise for the Scranton Cultural Center‘s Creative and Performing Arts Academy and the Matthew Flynn Memorial Scholarship.

The numbers have not been finalized to determine whether or not the world record was broken, but a good time was had by zombie and human alike on North Washington Avenue in front of the SCC. To learn more about the event, see our previous article here.

Watch a video of the entire performance, courtesy of the Scranton Cultural Center’s Facebook page, below:

NEPA Scene photographers Tammy Heid and Robb Malloy risked their flesh to get these shots of the undead getting ready and dancing the day away: 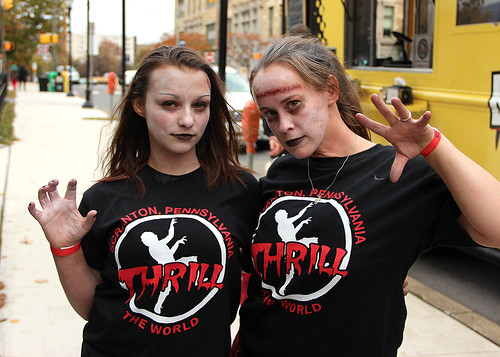 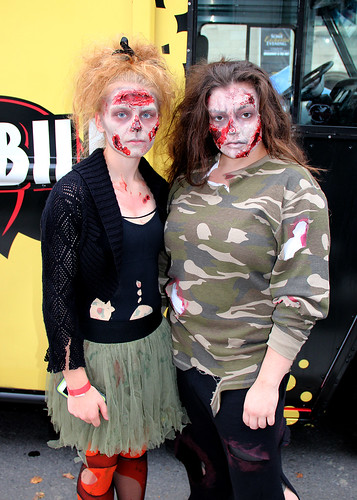 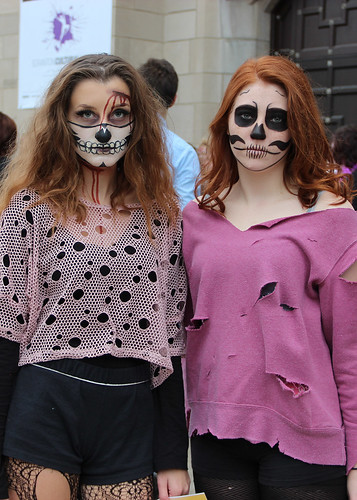 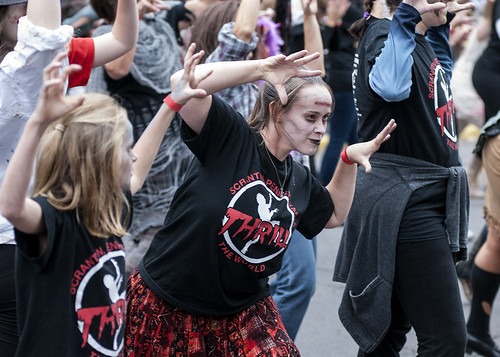 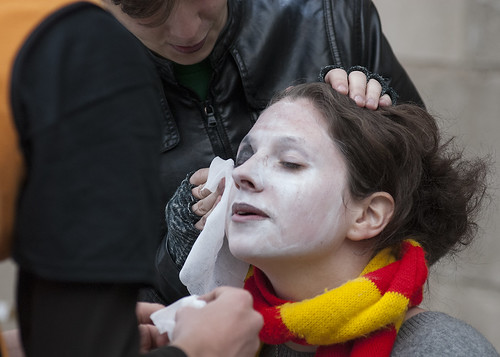 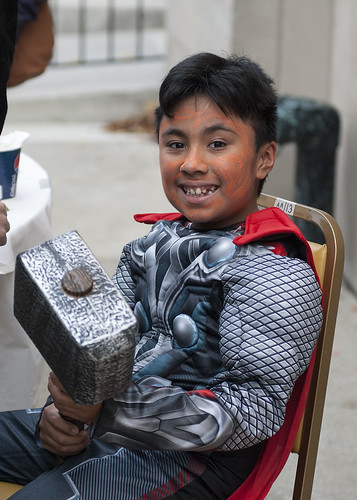 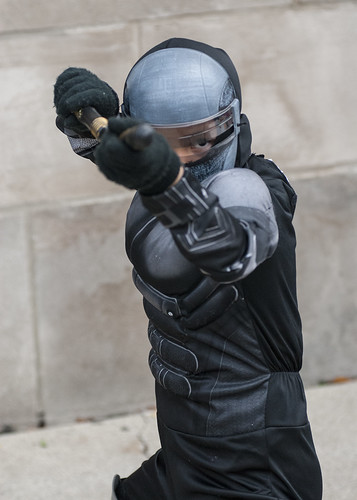 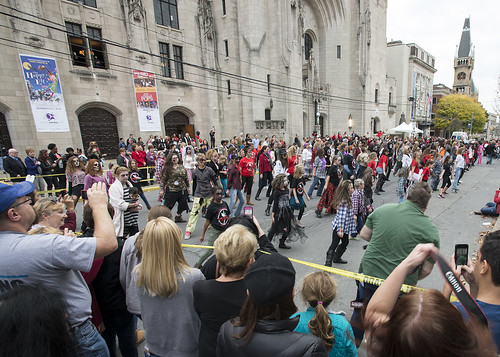 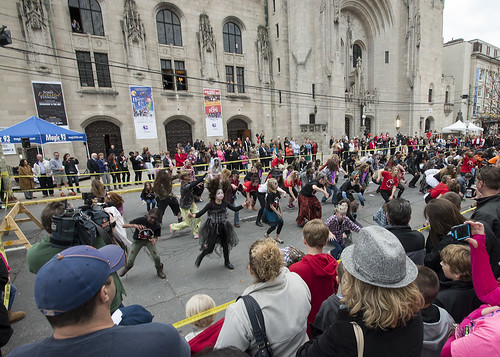 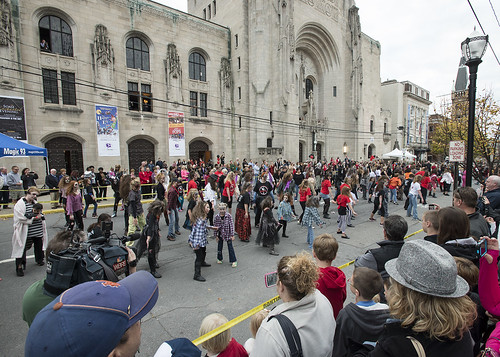 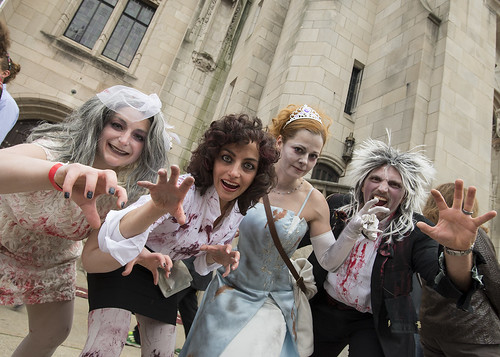 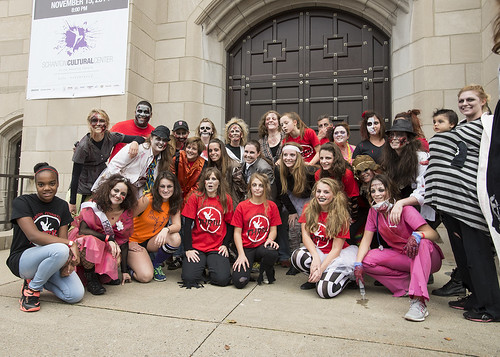 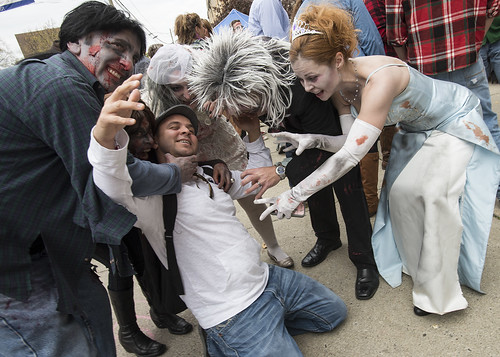 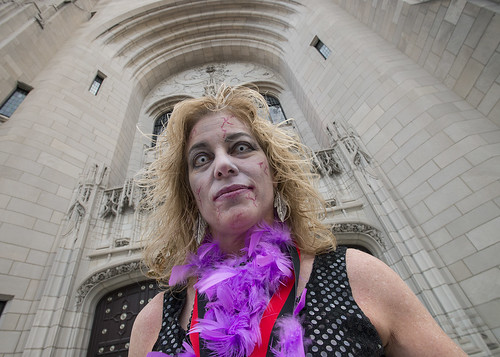 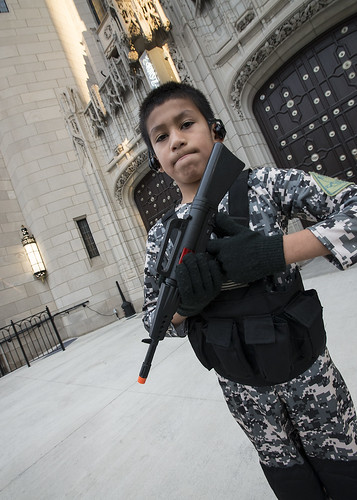