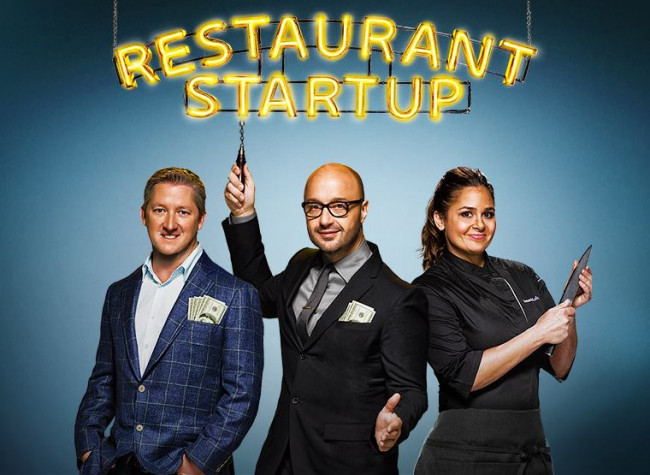 CNBC has announced the 20 culinary entrepreneurs who will compete for an investment on the second season of “Restaurant Startup,” premiering Tuesday, Jan. 13 at 10 p.m., which includes Peculiar Culinary Company from Pittston.

Produced by Shine America, the 10 one-hour episodes feature restaurateur and TV personality Joe Bastianich and chef and restaurateur Tim Love, who vie to invest their own money in restaurant concepts they believe could make them millions. Joining them this season is chef, restaurateur, and TV personality Antonia Lofaso, who will help guide the hungry entrepreneurs as they are put to the ultimate test – opening a restaurant.

The full list of competing entrepreneurs in Season Two is as follows:

Peculiar Culinary chef/owner Gene Philbin just won the holiday episode of “Guy’s Grocery Games” on Food Network on Sunday, so he’ll have some experience under his belt when he’s featured on national TV again next year.

Each week, two teams are invited to pitch their food ideas to the investors. Under high-pressure questioning, each team tries to convince Bastianich and Love that theirs is a concept worth backing. The chosen team is given the keys to a working restaurant on trendy Melrose Avenue in Los Angeles. They get 36 hours and $7,500 to put their dream to the test and create a business plan; come up with a branding campaign; and, finally, launch their pop-up restaurant. Under the watchful eye of Bastianich and Love’s culinary consultant Lofaso, the aspiring food moguls open their doors, serve their food, and test their concept on the public.

Based on the reaction from the diners, the quality of the branding, and the viability of the business plan, Bastianich and Love decide whether or not they will put their own money on the line to make someone’s dreams come true – and, hopefully, make big money for themselves.

A description of the season premiere of “Restaurant Startup” is below:

Bastianich and Love look to the East for delicious flavors and high profits. First up is Rice Paper Scissors, two young women who impress the high-tech denizens of San Francisco with their low-tech pop-up events featuring traditional Vietnamese cuisine. Next up is Lone Wolf, whose food truck has taken Tulsa by storm with a new American spin on the classic Vietnamese banh mi. Will it be out with the old and in with the new? Or will Joe and Tim stick to the tried and true? 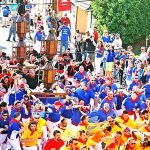