It was announced today that “The Daughters of Legends Comedy Show” will stop at the F.M. Kirby Center for the Performing Arts in Wilkes-Barre on Saturday, May 9 at 8 p.m.

Tickets for this hilarious evening go on sale this Friday, April 17 at 10 a.m. and can be purchased at the Kirby Center Box Office, online at kirbycenter.org, or by phone at 570-826-1100. A special Kirby Member pre-sale begins Wednesday, April 15 at 10 a.m.

Tickets are $25, plus applicable fees. Special VIP packages are also available for $42 and include premium seating, along with a post-show meet and greet with the comedians.

Black’N Out Entertainment, LLC is presenting “The Daughters of Legends Comedy Show,” starring Rain Pryor, daughter of comedy legend Richard Pryor. The show will also feature a special performance by Mindy Rickles, daughter of legend Don Rickles, and it will be hosted by comedian Sheba Mason, daughter of legend Jackie Mason.

Rain Pryor is a multi-talented force in entertainment – dabbling in stand-up comedy, jazz vocals, theatre, and acting – and it’s no surprise given that she is the daughter of Richard Pryor. Rain got her start on the ‘90s sitcom “Head of the Class” and has since made appearances on “The Tonight Show with Johnny Carson,” “The Tonight Show with Jay Leno,” and “The Late Late Show with Craig Ferguson.” In 2004, she created and starred in a show based on her own experiences, “Fried Chicken and Latkes,” which toured for two years. Rain’s humor is largely influenced by her own upbringing, being African American and Jewish and the daughter of a celebrity. She is currently filming a documentary, “That Daughter’s Crazy,” which discusses these experiences and her relationship with her father.

Mindy Rickles grew up in virtual squalor in Beverly Hills. She survived her upbringing by Barbara and Don Rickles and spent most every Christmas and Hannukah in Las Vegas on the lawn of the Sahara Hotel, where she was entertained by cooks and maids. She’s married and is raising two boys in between bubble baths and naps. Mindy appears weekly at the Laugh Factory in Hollywood, appeared on CBS-TV’s “Late Late Show with Craig Ferguson” last year, acted with Jeff Garlin in his 2013 release “Dealin’ with Idiots,” opened for Bob Saget at the Improv in Ontario, and works clubs all around Southern California.

Born into a theatrical family – comedian Jackie Mason and playwright Ginger Reiter – Sheba Mason has been performing since the age of two. Eventually, the baby formula turned into booze, the high chair turned into a high step, and the diaper turned into a g-string, and Sheba has not left the stage since. She has appeared in comedy clubs throughout Los Angeles, Chicago, and Toronto, and one day she actually hopes to perform in them. Currently, Sheba performs nightly in comedy clubs in Manhattan, spouting her unique witticisms on everything from politics to being single in New York. She stars as her mother in “702 Punchlines & Pregnant,” a full cast musical-comedy depicting the tumultuous love affair of her off-beat parents on Sunday matinees. 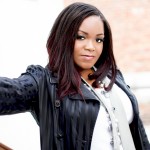 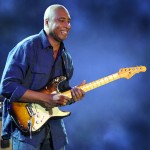