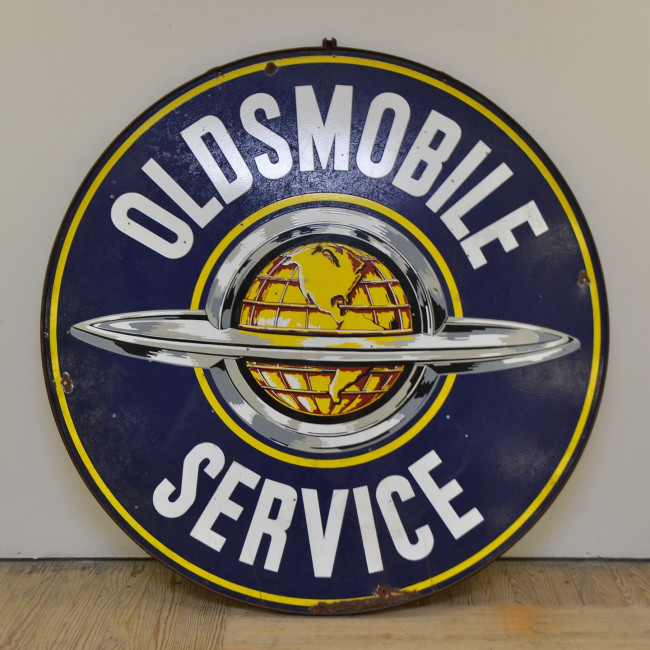 One of my favorite genres of merchandise to offer at auction is vintage advertising. Nothing better illustrates the zeitgeist of bygone eras than the ballyhoo used to captivate consumers. Unfortunately, too much vintage advertising gets condemned to landfills and scrapyards. Indeed, many who discover it in estates they’ve inherited disregard its market potential. Perhaps the following examples of old ads that have been sold at Savo Auctioneers will make people think twice before they toss those retro promos into a dumpster. 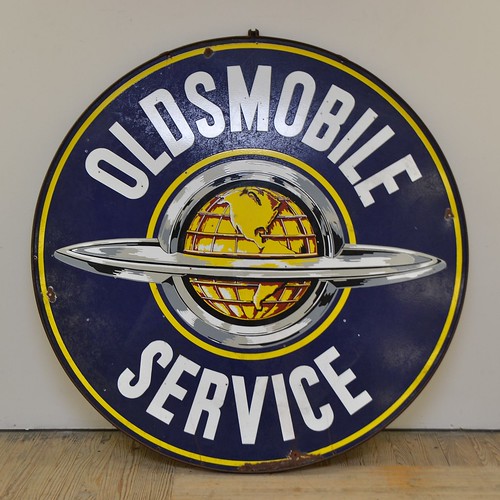 This double-sided porcelain enamel Oldsmobile Service sign hung outside a dealership in the 1930s. It’s a large piece, measuring 60 inches in diameter, so it was easy for the consignors to see it on the curb where it had been put out for garbage pickup. After rescuing it (with permission from the guy who threw it away), they brought it to Savo Auctioneers, where it was sold on June 11 for $1,850. 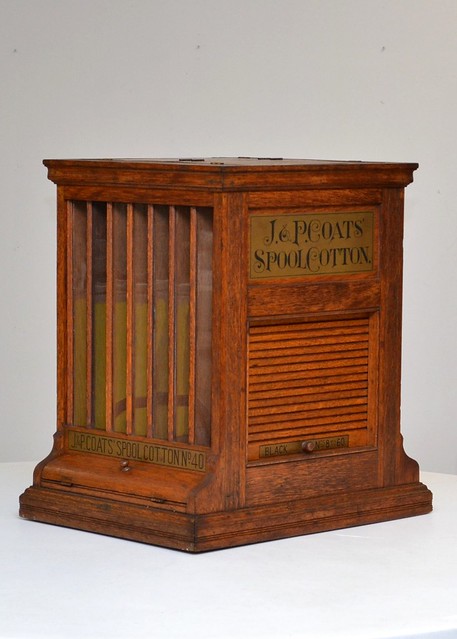 In the late 1800s and early 1900s, thread was a tremendously important household commodity. Elaborate counter-top displays were used to advertise and dispense spools of cotton to consumers. The J&P Coats’ cabinet seen here was sold at Savo Auctioneers in November of 2014 for $800. 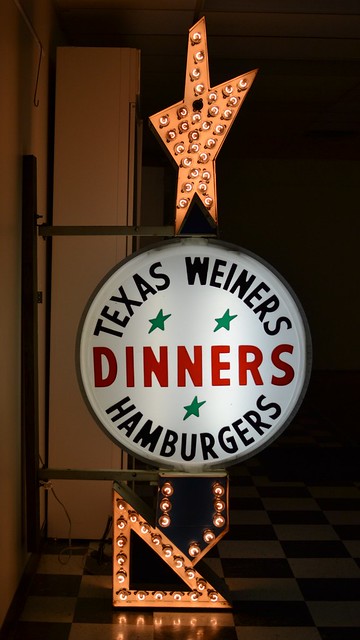 The story goes that a Scranton maker constructed this illuminated Texas Weiners/Hamburgers sign in the 1950s. But for some reason, it was never hung on the restaurant and instead lingered in the maker’s garage for 60 years. When it finally made its debut at Savo Auctioneers, it realized $1,600. 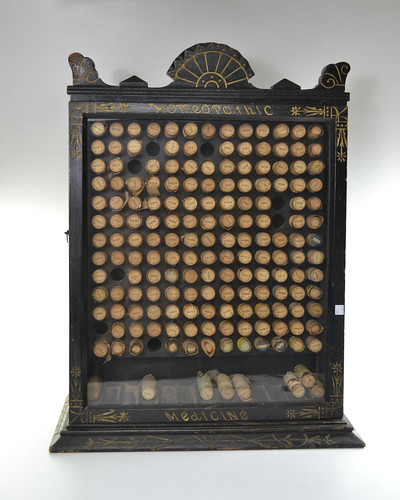 Snake oil is as American as apple pie and baseball. This Victorian-era cabinet displaying homeopathic remedies had been a curio in a local family pharmacy for several generations. After the pharmacy closed, this antique showcase was put on the block and brought $1,500. 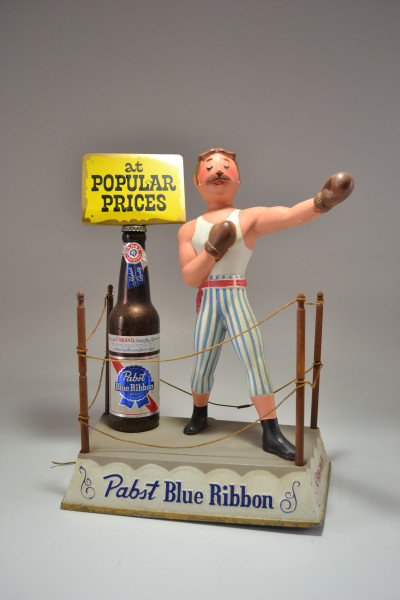 What’s better than boxing and beer? Well, lots of things. But when it came to this vintage Pabst Blue Ribbon display, the combination worked well enough to have bidders push its final selling price to $375.

So don’t be so quick to toss aside vintage advertising. Not every example is worth hundreds or even thousands of dollars, but a lot of it is worth much more than most people realize. 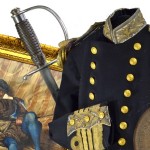 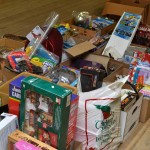