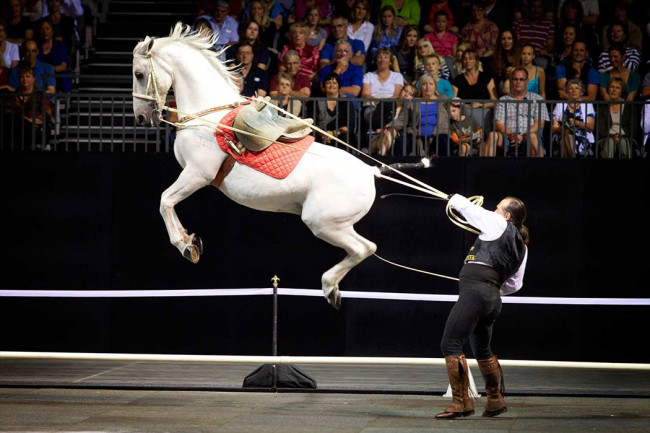 Back by popular demand, the Gala of the Royal Horses world-renowned equestrian tour is coming to Mohegan Sun Arena at Casey Plaza in Wilkes-Barre on Saturday, Sept. 12 at 7:30 p.m.

Following in the family footsteps of seven generations, Rene Gasser, producer of the Royal Horses, has recreated a show for this tour only previously seen at the famous riding schools in Vienna and Spain. The Royal horses of Europe are some of the most celebrated in history, favored for centuries by royalty, equestrian riders, and bullfighters, and this performance will celebrate the tradition, athleticism, and grace of these revered creatures.

“The unique qualities of the Royal Horses single them out from all other breeds in the equine world. Their physical beauty and grace, coupled with exceptional courage and nobility, make them an object of admiration and a source of inspiration for horse-lovers everywhere,” Gasser said.

Along with the magnificent stallions, Spanish flamenco dancers will feature in authentic vibrant costumes, accompanied by the mellow notes of a guitar to bring the sights and sounds of Spain a heartbeat away.

The Gala of the Royal Horses will feature a number of performances involving the Andalusian, Friesian, Lipizzaner, and Arabian breeds, and the event is dedicated to showing off the amazing beauty and maneuvers these horses are capable of, including the stunning maneuvers once used on the battlefield now known as “the airs above the ground.”

“We’re going to have horses dancing alongside some tremendous flamenco dancers, and I think people are really going to be excited about watching this,” Gasser said.

Tickets start at only $25, and there are a limited number of VIP seats available. Tickets go on sale this Thursday, Aug. 6 at the NBT Bank Box Office at Mohegan Sun Arena and all Ticketmaster outlets. To charge by phone, call 800-745-3000. For group discounts, call 570-970-3519. Tickets are subject to additional facility fees, service charges, and taxes. 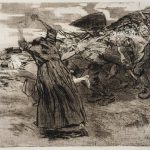 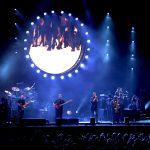 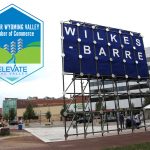