NEPA Scene is proud to present the NEPA Gaming Challenge, brought to you by a new pair of contributors who want to share their passion for video gaming and craft beer with the masses twice a week!

Jamie Nelson, proprietor of 1Up Games in Forty Fort and lifelong video game collector, and Jim Loomis, founder of Go Left! Records in Edwardsville, are turning the “Let’s Play” video concept on its head! Part vlog, part “Jackass,” and part “Impractical Jokers,” these two friends are putting their skills, egos, and humility on the line each week as they challenge each other – and possibly a few guests – to contests of ability and hand-eye coordination in various video games across different consoles, enjoying some libations along the way. Will their skills increase or decrease in their lust for power? Who knows? Who cares? They certainly don’t – it was their idea!

In the inaugural episode, Jamie and Jim have chosen to duke it out, gamer vs. gamer, in the brutally bloody “Mortal Kombat X” on the PS4. In a game with guts and gore galore, can they make it out of the arena of Kombat with all their limbs intact? Hopefully their drinking arms will survive! Surely, this one isn’t for the squeamish or faint of heart!

Mario fulfills his punishment and takes care of his beautiful Princess Peach for the holidays in this follow-up to Tuesday’s video game challenge. As Jim strolls through the mall in a Mario costume, he dodges mall security and somehow avoids being kicked out while embarrassingly completing his punishment.

The crude, unbalanced recording is all due to “store protocol.” Don’t worry – Jamie let the store manager know beforehand that Mario would be shopping there so no one thought they were being robbed! 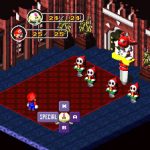 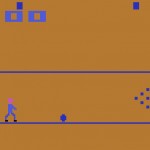