No, no, no… it’s not Gwyneth Paltrow’s head. It’s some hazy, juicy Northeast IPA goodness called Juicebox via a local nomadic brewer coming out of Pittston – Søle Artisan Ales! 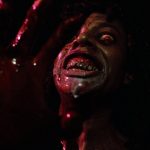