Founded in 1992, Comics on the Green is not only the most successful comic book shop in Scranton, but in all of Northeastern Pennsylvania, so who better to talk all things geek with than owner and lifelong comic fan Dave Romeo?

In this video interview, we discuss how the shop has remained a thriving business over the years, how comics have matured and its audience became more diverse, how comic movies and TV shows have bolstered interest in the original source material, the evolution of live action superhero entertainment, how the “Deadpool” movie may open up more R-rated comic adaptations and whether or not that’s a good thing, and more.

We also talk with customers about their favorite heroes. Look for part two of this interview soon and be sure to visit Comics on the Green (307 N. Washington Ave., Scranton) in person or online on Facebook, Twitter, and comicsonthegreen.com. 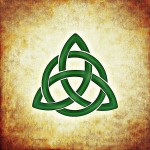