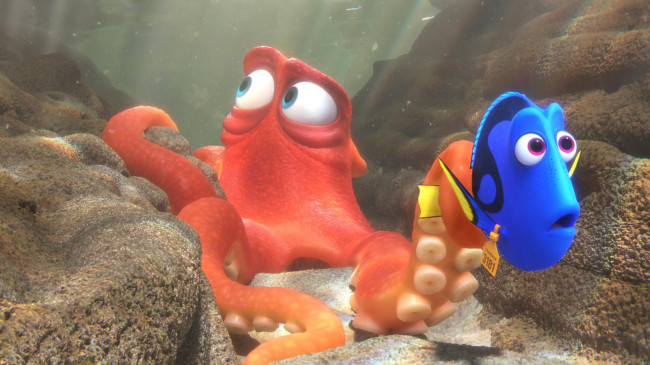 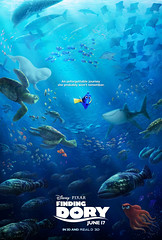 A sequel, by its very nature, must be bigger and grander than the original material. Often, this means the visuals, story, and characters are ramped up a notch for the second effort in a series.

The best examples of this principle are in the insane, over-the-top “Fast & Furious” franchise. Each movie outdoes the previous in some way or another. That’s what keeps the audience coming back and interested in the characters or plot, as loose as it might be.

“Finding Dory” is void of the necessary ingredients to make a successful sequel, yet the elements that are present still come together to create something palatable.

The plot picks up with the big fish from 2003’s “Finding Nemo” still very much in the spotlight. Marlin, voiced by Albert Brooks, is still stern and cranky, Hayden Rolence’s Nemo is as adorable as ever and, most importantly, the forgetful, annoying-yet-lovable Dory, voiced by Ellen DeGeneres, just keeps swimming along.

However, after a memory is jogged loose in Dory’s mind, she sets out to find out where she came from, beginning a journey to find her family.

Pretty simple premise, right? Typical fodder for Pixar to knock out of the park as always, especially after they created what many consider to be a masterpiece in 2003’s “Finding Nemo.” They’re working with beloved characters here and an audience that’s ready to love every moment of it. It’s practically a golden goose.

The problem is, no matter how golden a goose may be, nobody wants to sit and watch it waiting to lay an egg all day.

“Finding Dory” suffers from the worst problem a film (and especially a kids’ movie) can have – it feels dreadfully preachy and dull through large portions of the running time.

While the original leaned on the strength of its characters to be the emotional center of the film, this one feels rather one-note. The whole premise of the film is that Dory is forgetful. While that was a funny aspect of the original character, it can’t stand alone as the motivation for an entire movie’s plot.

That being said, some characters here do shine – namely, an octopus played by the always surly Ed O’Neill. He feels like a Marlin placeholder for the film, constantly questioning his little blue companion’s choices and providing an angry counterbalance to Dory’s always bubbly demeanor.

Not only is the characterization interesting, but the way the character moves and camouflages itself in the environments feels like Pixar flexing its animation muscles.

While some other new characters are introduced throughout the journey, make no mistake that Dory is the star here. While Marlin and Nemo are present, they very much take the backseat in a journey primarily focused on the film’s forgetful focus.

The main issue is the forced, half-baked message the film carries. It seems to be pushing to make a point about the way society treats those who are in some way disabled.

While I wholeheartedly agree with the message it’s trying to get across, I feel that it was severely underdeveloped. The point doesn’t carry much substance once you consider that all of the characters who represent those with some type of disability are all the butts of jokes. It’s never anything meanspirited or distasteful, but they’re the punchlines regardless.

Dory’s memory issues were played for laughs early in the film, as were a seemingly brainless or hampered bird, seal, whale shark, and beluga whale. It feels as though they want to laugh at these characters while seeking to empower them at the same time – a classic example of trying to have their cake and eat it too.

Just this year, “Zootopia” tackled race relations and equality issues in the shell of an animated film. Pixar’s last effort, “Inside Out,” was a fantastic study of mental illness and depression. Animated films have proven to be good venues to hold deep, powerful messages before. The problem with “Finding Dory” is the message feels tacked on, like an afterthought from musings during the development of “Inside Out.”

While the movie is by no means Pixar’s worst, it’s also nowhere near their best work. This whole thing feels like an overblown straight-to-DVD release, or like a deleted subplot from the original “Finding Nemo.”

Sadly, this plain and simply falls short of the original in too many ways. It’s a serviceable film, but not one with the replay value, emotional content, and quotable moments of the source material.

I would rather have traded the development time used for the resources here to instead focus on getting us “The Incredible 2” just a bit sooner. 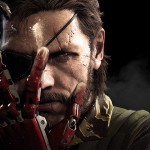 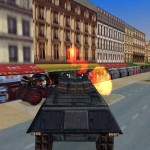