In the past week or so, the hype train has been barreling faster and faster for Edgar Wright’s latest effort. If you ask Rotten Tomatoes or one of the critics at SXSW in Austin, Texas, “Baby Driver” is the greatest thing since “Citizen Kane.” I’ll say right off the top – I really enjoyed my […]

How many root beer floats are too many? That seems like a trick question, right? How could one possibly put an objective limit on delicious, sugary goodness? I, like many, love a good root beer float. It’s a delicious treat that hits my sweet tooth like a laser blast. If someone put a root beer […]

I’m a lover of film – a cinephile, if you will. I see, at minimum, a movie in the theater per week. Observant readers have probably seen my movie reviews on this very website. So, like so many other film fans in Northeastern Pennsylvania, I was incredibly excited when I found out that downtown Scranton […]

Disney’s animation studio is just recently hitting its stride. They hit what many would consider the peak of its glory with 2013’s cultural phenomenon “Frozen.” “Moana,” however, takes what the studio got right with “Frozen” and built on its foundations with its follow-up effort. I’m going to say this right off the top, just to […]

Like Fawkes rising again from his own ashes, the wizarding world of Harry Potter is back in “Fantastic Beasts and Where to Find Them.” This time, however, there’s a distinct lack of boys who lived. Instead, audiences are treated to a journey through 1920s New York City through the eyes of introverted magical beast aficionado […]

Hollywood has been trying like hell to bring the western back over the last couple of years. We’ve seen several efforts just within the last year or so, the most successful being “The Hateful Eight” or this year’s fantastic “Hell or High Water.” However, as we all know, sometimes Hollywood tries way too hard to […]

It’s no secret that I love horror movies. If you’ve read my past work at all, followed my Twitter, or even simply talked to me in person, you’ll be informed of my love of scary films. I can’t help but feel that we as moviegoers are in the midst of a rebirth in horror. We’re […]

Maybe there’s something that I can relate to in the personality of the strange, erratic, and often random Florence Foster Jenkins. The Wilkes-Barre-born socialite and patron of music shares a profound love of the arts, just like me. She aspired to be a musician, performing as a pianist up until an arm injury prevented her […]

I don’t know about you, but to me, it feels like it has been years since the first leaked photos of the “Suicide Squad” movie set debuted online. It feels like forever since we first laid eyes on the new, tattooed version of the Joker. All of the hype, all of the build-up, and all […] 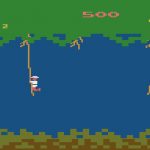 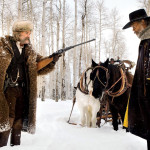