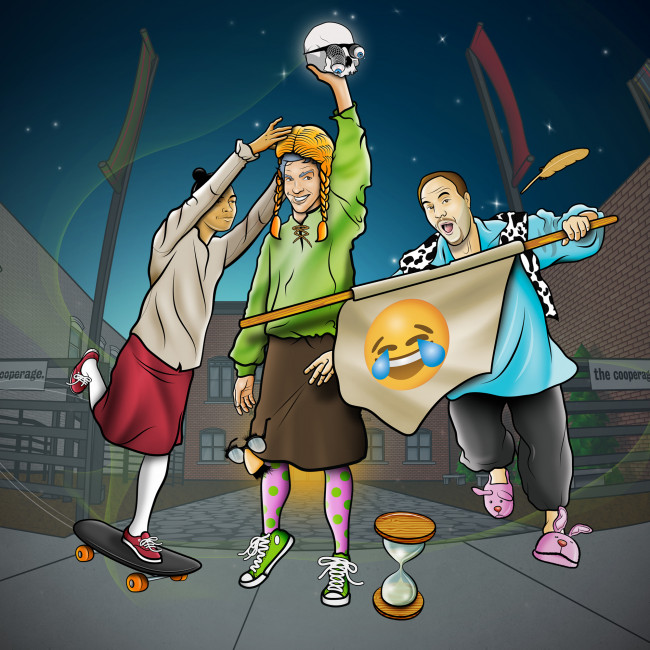 Known for their distinctive style and award-winning productions, the New Vintage Ensemble is proud to announce an upcoming production presented in partnership with The Cooperage Project in Honesdale.

“The Complete Works of William Shakespeare (Abridged) [Revised]” by Adam Long, Daniel Singer, and Jess Winfield will run Friday, Nov. 11 and Saturday, Nov. 12 at 8 p.m. at The Cooperage (1030 Main St., Honesdale). Tickets are a suggested donation of $10 advance or $15 at the door to support The Cooperage Project’s continued educational programming. Reservations are appreciated and can be made by contacting The Cooperage Project at info@thecooperageproject.org or 570-253-2020.

Originally premiered at the Edinburgh Festival Fringe in 1976, this fast-paced and witty production features three actors attempting to perform all 37 of Shakespeare’s plays in 90 minutes.

“This is the second time I’ve stepped off the stage and behind the scenes for a NVE production, and it’s been an incredibly entertaining experience thus far,” said director Jess McDonough. “Eric Lutz, Conor McGuigan, and Terry Terry Thompson are all such talented and performers, and this show is proving to be a tour de force of physical comedy that I believe audiences will really enjoy.”

McDonough assures attendees will be delighted by the dynamic physicality of the performances. Shakespeare lovers and haters alike can expect an evening of laughter that will leave them rolling in the aisles.

“This show is completely irreverent and straight up hilarious. The cast is genuinely enjoying themselves, the audience will be actively involved in the fun and, at the same time, it’s poking fun at the institution that is (imagine a really haughty voice here) ‘William Shakespeare,’” McDonough said. “Life is serious enough, and sometimes it’s refreshing to just allow ourselves to be silly.”

This marks the second production in a partnership between the Scranton-based ensemble and Honesdale-based nonprofit.

“We’re thrilled to offer theater at The Cooperage as part of our programming,” said Ryanne Jennings, executive director of The Cooperage Project. “The New Vintage Ensemble is an amazing group of talented individuals, and this production is one you won’t want to miss!”

While this is not the first time the New Vintage Ensemble has tackled Shakespeare (it presented a critically-acclaimed production of “Hamlet” earlier this year in partnership with the Scranton Cultural Center), it’s an exciting opportunity to bring the Bard’s characters to life in a new setting – and one with a very personal connection.

“The Complete Works of William Shakespeare (Abridged) [Revised]” is directed by Jessica McDonough, a Honesdale native and founding member of the New Vintage Ensemble.

“I was fortunate enough to grow up in Honesdale, and it’s been amazing to see the continued growth of the arts in my hometown,” McDonough noted. “I’m a huge fan of The Cooperage and their contributions to the community, and I’m completely thrilled and humbled to be a part of this new partnership between them and the New Vintage Ensemble.”

The Cooperage is operated by The Cooperage Project, a nonprofit organization whose objective is to cultivate social awareness and foster civic engagement in Honesdale through a wide range of activities and events in order to build a strong and vibrant community.

Founded in 2013, the New Vintage Ensemble is a collective of actors from Northeastern Pennsylvania dedicated to producing innovative and interactive theater while helping the art community of the greater Scranton region thrive. Their distinctive style and passion for engaging audiences has resulted in award-winning and internationally-recognized productions, as well as regional premieres of original works.

To learn more about the New Vintage Ensemble and its partnership with The Cooperage Project, listen to Episode 60 of the NEPA Scene Podcast with NVE members Conor O’Brien and Simone Daniel: 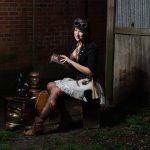