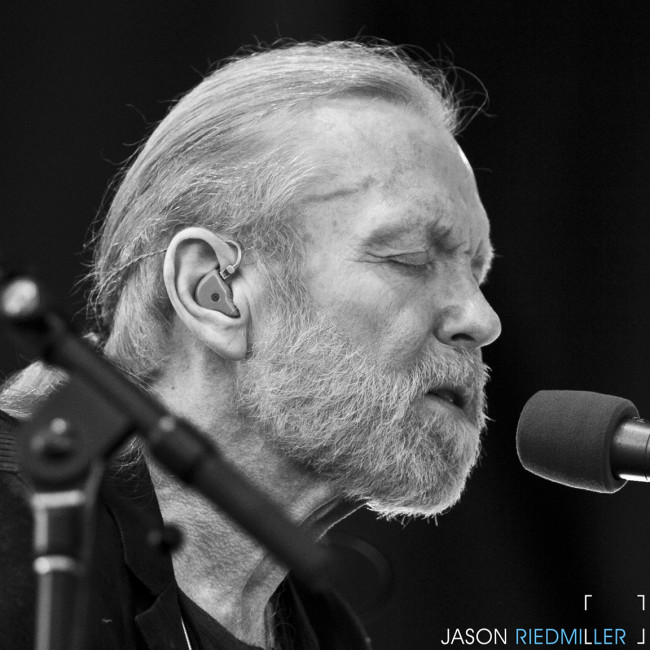 Last month, it was announced that the sixth annual Peach Music Festival would include “an all-star tribute” to Gregg Allman and Butch Trucks, who co-founded The Allman Brothers Band as well as the festival itself. Today, the initial lineup for the tribute has been revealed, along with the daily lineup on Thursday, Aug. 10 through Sunday, Aug. 13 at The Pavilion at Montage Mountain.

Trucks tragically took his own life on Jan. 24, while Allman died on May 27 due to complications from liver cancer. The Allman Brothers Band headlined the first thee years of Peach Fest.

“This is a golden opportunity for those of us that were close to Gregg and Butch to pay homage to them and celebrate their lives and their many contributions to music,” said Chuck Leavell. “I’m proud to be a part of it and can’t wait to share the stage with all the great players that will be a part of it.”

In June, Greensky Bluegrass, Keller Williams’ Kwahtro, and Scranton’s own Cabinet (who all played the Susquehanna Breakdown at The Pavilion in May) joined the lineup, as well as Galactic, Hayley Jane and the Primates, and artists at large Primate Fiasco and Turkuaz Horns (who also played the Breakdown). Guitarist John Scofield will join Gov’t Mule & Friends on stage, while Pink Talking Fish, a tribute act covering Pink Floyd, Talking Heads, and Phish, will perform the ABB album “Eat a Peach” in its entirety, intertwined with songs from those bands.

The full daily lineup is posted below: 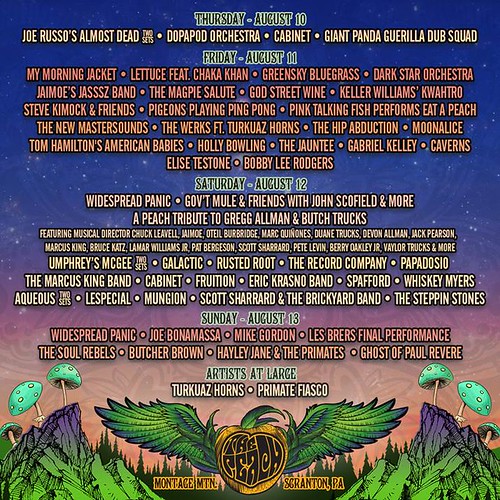 Tickets, including single day passes, are on sale now at thepeachmusicfestival.com. 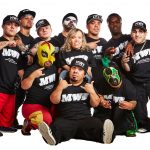