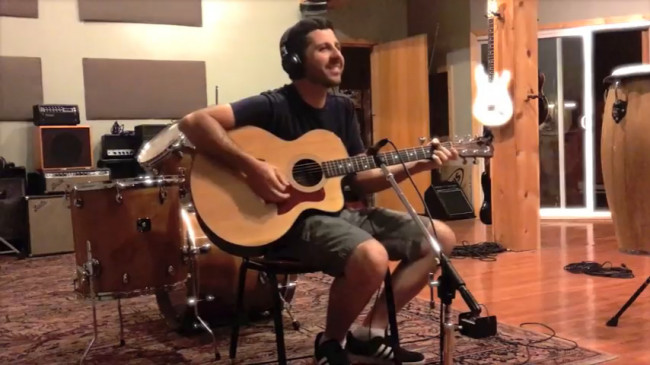 The last time NEPA Scene heard from Scranton singer/songwriter Patrick McGlynn, he released a satirical Christmas song called “Why Can’t Santa Be the President?” following a contentious election season. Now, with summer in full swing, he’s taking it easier with a lighter tune called “In the Waves” that sounds like it was inspired by a Caribbean vacation but actually came from the instruments he’s used to playing with.

Often accompanied by his Blinded Passenger bandmate Steve Werner, who plays the handpan, djembe, bongos, and other percussion instruments, in his acoustic shows throughout Northeastern Pennsylvania, McGlynn entered SI Studios in Old Forge earlier this month to record the breezy new single with him, playing guitar, bass, harmonica, and keys himself along with some hand claps by friends and family, including his wife and young son.

“I wrote this because I was trying to write something that sounded good when played live as a duo with Steve Werner. That arrangement of instruments tends to lend itself to a beach sound,” McGlynn told NEPA Scene.

“Also, I had been on a kick of listening to Calypso music, which influenced the feel of the song.”

Premiering exclusively on NEPA Scene, the feelgood track can be purchased now on CD Baby and will soon be available on iTunes and Spotify. For now, listeners can stream the song below with video footage shot during the recording:

The indie folk singer released his second full-length album, “Monsters,” last year and is currently working on a new EP after recently becoming a dad.

“‘Monsters’ was influenced largely by the thought of being a parent, as my son wasn’t born yet. Now that I am a father, it will definitely influence my writing from here on out,” McGlynn said.

“Lately, I’ve been playing a lot of gigs and recording an EP called ‘Battle Scars,’ which I plan on releasing sometime in the fall. The ‘Battle Scars’ EP is a collection of songs I wrote with a friend of mine, the late Jim Petrie. This song that I’m debuting, however, is not part of that EP. This is a standalone single.”

McGlynn and Werner will be performing together at a fundraising benefit for Ryan’s Run at Morgan’z Pub & Eatery (315 Green Ridge St., Scranton) on Saturday, July 22 at 4 p.m. and at Mendicino’s Pizza (921 Drinker Turnpike, Covington Twp.) on Friday, July 28 at 8:30 p.m. They’ll also open for platinum-selling ’90s rock band Fastball at the F.M. Kirby Center (71 Public Square, Wilkes-Barre) on Saturday, July 29 at 8 p.m.

“I am extremely pumped about this one. I’ve been a big fan of Fastball for a long time and own all of their albums,” he enthused.

“I think both Tony [Scalzo] and Miles [Zuniga] are awesome songwriters.” 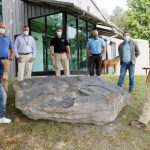