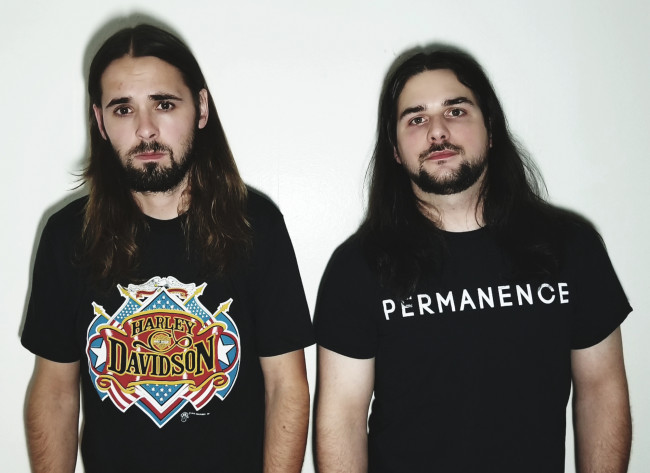 NEPA Scene was the first publication to cover Black Hole Heart soon after their early 2016 debut and the release of their demo. We’ve followed their progress since, listening to “The View from the Floor” EP often and catching another riveting live performance from the Scranton alternative punk rock band just two weeks ago at The Keys following some recent lineup changes.

Today, we’re thrilled to premiere “Full Circle,” the first single from their next EP and the beginning of a new chapter for the group tied in with another local up-and-coming rock band.

“I’d describe our sound as a mix of alternative rock and punk, whatever that means anymore. There is also something undeniably Scranton in it,” guitarist/vocalist Kyle Lukasewicz told NEPA Scene.

“Our sound has definitely evolved from the demo and ‘The View from the Floor’ EP. I think we took our favorite elements of those songs and carried them over into what I consider to be our best songs to date.”

Tracking in early August with engineer and producer Clyde Rosencrance at Republic Audio Studio in Clarks Summit, this upcoming collection of five or six songs will be titled “Screaming on Mute,” due out in late fall. “Full Circle” is exactly the kind of scathingly honest, introspective tune that Black Hole Heart has become known for.

“This particular song is about my personal self-reflection during one of those toxic relationships that never quite seems to end,” Lukasewicz explained.

“I think this song is a good representation of what to expect on the rest of ‘Screaming on Mute.’ I think it is a good blend of the quiet, loud, slow, fast dynamics that I use when writing Black Hole Heart songs. These songs have been challenging, yet rewarding. The goal is to push the envelope and keep progressing as a band and as a songwriter.”

Lukasewicz and guitarist Steve Zampano are both songwriters in the band and its only permanent members.

“We have been fortunate enough to enlist the help of Ed Cuozzo of University Drive to play drums, bass, and sing backups on our single, and he will continue to play the drums for the remainder of the record as well as our live shows. Bass duty will be turning over to Stephen Martin of University Drive, who will finish tracking on the record and play several live shows with us,” Lukasewicz noted.

“Also, we consider Clyde a part of the band. He has been instrumental in taking our songs to the next level by constantly pushing us and putting in his utmost care and attention to detail.”

After “Screaming on Mute’s” release, they’ll begin writing their first full-length album, but in the meantime, they have a series of shows coming up where you may hear some of those songs live, including an Electric City Music Conference performance and opening slot for former Misfits singer Michale Graves.

Sept. 8: Irish Wolf Pub (503 Linden St., Scranton) with Cheap Seats and The Hill You Die On

Oct. 6: The Bog with The Hill You Die On and Golden Grass