After NEPA Scene premiered Scranton filmmaker Kenny Luck’s first documentary, “Half Empty: Life in America’s Unhappiest City,” the 15-minute video went viral, garnering over 23,000 views and sparking debate about whether or not the Scranton/Wilkes-Barre area is really as bad as polls and studies say it is.

In 2017, he’s back with a new topical documentary, “Opioid Nation: The Making of an Epidemic,” that should add to these discussions and trigger new ones, premiering exclusively once again on NEPA Scene.

Over the last few years, Northeastern Pennsylvania has plunged headfirst into a heroin and opioid epidemic, inspiring national news coverage, community discussions, and reactions from local artists. After struggling to pick a topic for a follow-up to “Half Empty,” a friend suggested the ever-growing drug issue and things started falling into place.

“It became a ‘Pandora’s box’ – once I began reading about opioids, I slowly realized that this was a local and national problem that had complex layers I wanted to investigate. Also, on a personal note, although no one in my family used opioids, I grew up in an alcoholic household, so I felt I had some personal insight into how addiction can affect someone’s life,” Luck told NEPA Scene.

“The purpose of this film is to inform, educate, and entertain. With lots of media and political attention on opioids right now, it would be easy to say that I want to ‘spread awareness,’ but I think that is already being done by more capable people. My goal, then, is to ‘localize the global, and globalize the local.’ In other words, I want to take a national story and give a snapshot of how that issue is playing out in a local setting.”

Luck and his crew started filming in Luzerne and Wayne Counties, particularly in Wilkes-Barre and Hazleton, in April and wrapped by late July.

“Because of the complexity and somewhat controversial nature of the opioid crisis, I thought it was important to cast a very wide net when it came to selecting interview subjects. There’s a law enforcement perspective, the perspective of a former user. I interview two mothers which, in one case, one of the mothers’ sons passed away from an overdose. I wanted people who I interviewed to have some personal connection to this epidemic, and almost all of them did,” he noted.

The film, which is twice as long as his first major project, changed and developed as he continued shooting.

“After conducting several interviews, I felt like the film lacked a central focus, a central character by which the story would focus. We continued to interview individuals, and our final interview was when we spent a whole day with Liz DeWolfe, the mother whose son passed away from an opioid overdose. Liz was exceptionally wonderful in that she let us follow her around for a day, and her story really came to life. After Liz’s interview, I knew that we had a special story to tell,” Luck explained.

“Initially, the subject matter was somewhat abstract in nature because, prior to making this film, I didn’t know anyone personally who had dealt with opioids, but interview after interview, the subject moved from abstraction to personal. Somewhere, an invisible line was crossed, and I began to really understand that there’s this world out there – a world of abuse, of addiction, and of suffering – that would only ever see if you are looking for it or if you are personally touched by it.”

It’s not only a learning experience for the viewer, but for the filmmaker himself, following his own journey to understanding this often misunderstood subject – as well as his own craft.

“I learned a lot in two specific areas: filmmaking and opioids. With regard to the former, although I do freelance video work and I’ve made a short documentary previously, there are always new challenges with each project. Most of those challenges deal with technical aspects, such as proper lighting, composition, good audio, and so on, while other aspects of making a documentary deal with navigating people’s schedules. With regard to the latter, I learned a lot about opioid addiction, how widespread it is, and some of the things policymakers are doing to help combat the problem.”

Without any clear, definitive solutions to the opioid problem, however, Luck couldn’t help but feel a bit powerless despite producing an insightful short film.

“After speaking with many people and reading a lot – media reports, academic literature, and books – about the opioid epidemic, I came away from this whole thing with a sense of helplessness,” he said.

“This truly is an epidemic that crosses social, cultural, and economic lines in the United States, and although America has faced other substance abuse challenges in the past – the crack epidemic in the ’70s and ’80s, for instance – the current opioid epidemic is far more widespread and deadly. One person I interviewed said that this problem did not start overnight, and the problem will also not be solved overnight, too. I think that is an insightful way to view the opioid epidemic.” 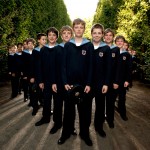