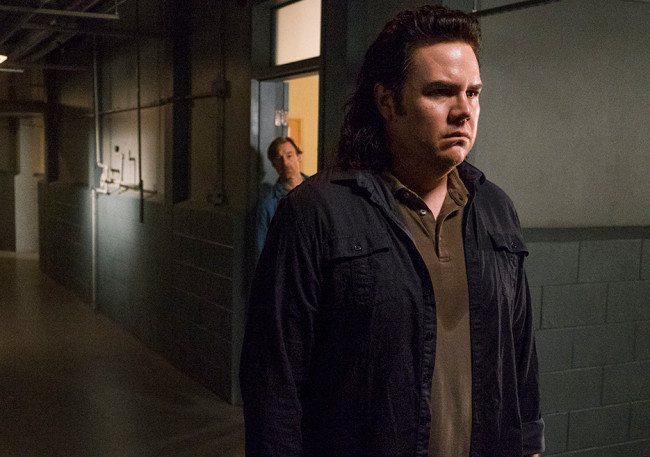 Northeastern Pennsylvania fans of “The Walking Dead” had to rewind their DVRs last night to make sure they heard right – the city of Wilkes-Barre received an odd mention in the dialogue of Episode 7 of Season 8.

The popular AMC television show, which follows a group of zombie apocalypse survivors, is filmed and largely takes place in Georgia (and parts of Virginia), so any reference to the 13th largest city in Pennsylvania seems a bit out of place, though not much is known about the backgrounds of many of the series’ characters before the dead started walking, so maybe some of them spent time in NEPA.

In this episode, Eugene Porter (played by Josh McDermitt) and Father Gabriel (Seth Gilliam) have been captured by the Saviors, a ruthless group of extortionists who terrorize other groups of survivors for food, supplies, and free labor. While Gabriel is intent on escaping and taking their doctor with them to care for the pregnant Maggie Rhee (Lauren Cohan), Eugene is an admitted coward who would rather stay with the Saviors and help their leader Negan (Jeffrey Dean Morgan) deal with hoards of the undead trying to get into Sanctuary, the Saviors’ base that was recently attacked by Eugene’s former friends.

After covering himself in zombie guts to blend in and sneak past a group of walkers (the word “zombie” is never used on the show), Gabriel becomes sick and attempts to convince Eugene to “do the right thing.”

“Are you going to help me get Dr. Carson out of here?” Gabriel asks him.

“Given that this building is currently surrounded by a Wilkes-Barre of walkers, I don’t see an escape attempt without putting to use the same flawed technique of innards, which landed you in your status quo piss-poor condition. What you may have forgotten in your request is that I am a small person who does not stick his neck out for anyone other than himself,” Eugene responds.

While he must mean a group of walkers in this context, it’s unclear exactly why he refers to them as a “Wilkes-Barre of walkers.” Is he referring to the size of the city? Its infamous crime rate or drug epidemic? Its citizens? Has an incident involving zombies occurred in Wilkes-Barre that he knows about? With his Southern accent, Eugene is originally from Houston, Texas, or at least that’s where he met fellow survivors who brought him here on the way to Washington, D.C., so why is he talking about a place hundreds of miles away that he may or may not have ever visited?

Eugene is a verbose oddball who is smart but eccentric and often communicates in long and awkward speech patterns, though, so this isn’t totally out of character. Wilkes-Barre was not mentioned during the subsequent episode of “The Talking Dead,” where the show is discussed with its cast and crew, but maybe we’ll get some insight on a future episode.

This is not the first time that NEPA has met “The Walking Dead” – the Infect Scranton horror convention previously brought stars of the show to the area in 2012 and 2013. As for references in general media, the blog Scranton & Wilkes-Barre in Entertainment has been cataloging mentions of Scranton and Wilkes-Barre in movies, TV shows, and books since 2005, so while mentions of the Diamond City aren’t unheard of (an independently produced crime drama called “The Barre” was even set and filmed there), this one certainly stands out as a notable and obscure allusion nevertheless. 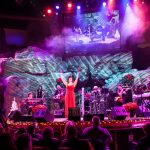