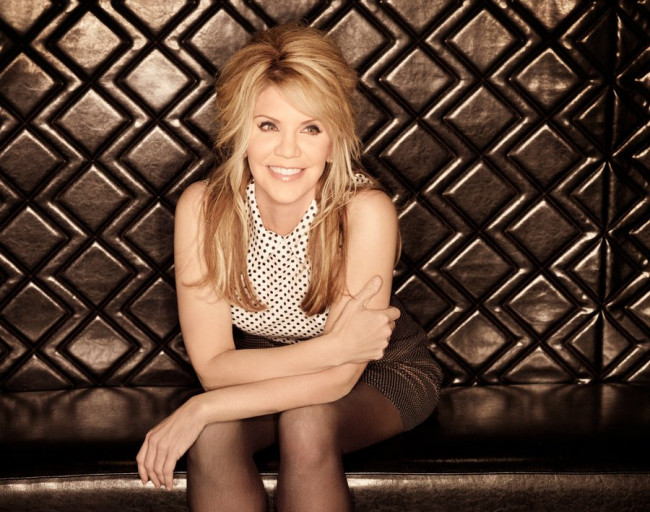 It was announced today that Grammy Award-winning bluegrass/country star Alison Krauss is taking her summer tour to the F.M. Kirby Center in Wilkes-Barre on Sunday, June 10 at 8 p.m.

Throughout her illustrious career, Alison Krauss has released 14 studio albums and has received a total of 42 Grammy Award nominations. Her 27 Grammys make the her the most awarded singer and female artist in Grammy Award history.

Krauss’ new album, “Windy City,” is her first effort away from her band Union Station in a decade. The album, which is her debut project for Capitol Records and produced by renowned music legend Buddy Cannon, has received critical acclaim and two Grammy nominations. She has won seven Country Music Association Awards and 27 Grammys, including five for “Raising Sand,” her collaboration with Robert Plant that won Album of the Year and Record of the Year in 2009. Alison Krauss and Union Station’s “Paper Airplane” in 2011 won the Grammy for Best Bluegrass Album and topped Billboard’s Folk, Country, and Bluegrass charts.

“Usually it’s just all songs first,” she says. “It was the first time I’d ever not had songs picked out, and it was just about a person.” That person was veteran Nashville producer Buddy Cannon. Krauss had always enjoyed the occasional recording sessions she did for him, but something else happened when she came in to sing her lead lines on Hank Cochran’s “Make the World Go Away” for Jamey Johnson’s 2012 album “Living for a Song.” “That was absolutely the moment,” she says. “Wow! Buddy really makes me want to do a good job.”

What she and Cannon have created is an unusual and invigorating chimera, an album suffused with sadness that somehow rarely sounds that way. “It’s almost like you didn’t know it was sad,” Krauss says, “because it doesn’t sound weak. It doesn’t have a pitiful part to it, where so many sad songs do. But these don’t. And I love that about it. I love that there’s strength underneath there. That whatever those stories are, they didn’t destroy. That that person made it right through it. I love that.”

Krauss inhabits – and liberates – the very essence that makes each of the songs eternal. While they span different eras and musical genres, there is a unifying sensibility. Some of the songs are familiar, like “Gentle on My Mind,” a signature song of Glen Campbell’s, and “You Don’t Know Me,” which was a hit for Eddy Arnold and Ray Charles. Others were lesser known, like Willie Nelson’s “I Never Cared for You” and “All Alone Am I,” originally recorded by Brenda Lee. Some were songs she’d never heard before; some were songs she’d known nearly her whole life, particularly those she brought in from the bluegrass world. Krauss had no idea when she suggested to Cannon that they record “Dream of Me,” a song she recalled from childhood, that he had written it. It took some persuasion, but he agreed to sing backup on the track, along with his daughter, Melonie Cannon.