From a press release: Today, multi-platinum rock band Nickelback announced their upcoming 2023 Get Rollin’ Tour in support of their most recent studio album, “Get Rollin’.” Produced by Live Nation, the massive run will hit 38 cities this summer, kicking off on June 12 in Quebec City at the Videotron Centre, with stops across North […]

From a press release: Four-time Grammy Award winner Keith Urban has set the summer of 2022 for the North American debut of his first world tour in four years, The Speed of Now Tour. Its newly announced North American leg, with three-time Grammy nominee Ingrid Andress, will add 50 shows to the previously announced concerts […]

From a press release: Today, Wilkes-Barre/Scranton country music radio station Froggy 101 announced that its annual Froggy Fest is back, bringing Dierks Bentley’s Beers on Me Tour to The Pavilion at Montage Mountain in Scranton on Saturday, Aug. 13 at 7 p.m. The multi-platinum-selling country star will host an “all-night sing-along party” (Fresno Bee) in […]

From a press release: Today, multi-platinum country superstar Jason Aldean announced that he is gearing up for his Rock N’ Roll Cowboy Tour this summer. Featuring special guests Gabby Barrett, John Morgan, and Dee Jay Silver, the nationwide trek produced by Live Nation will stop in 34 cities, starting with Scranton at The Pavilion at […]

From a press release: Multi-platinum country music superstar Cole Swindell, known for hits like “Chillin’ It,” “You Should Be Here,” “Middle of a Memory,” and “Break Up in the End,” will perform at the F.M. Kirby Center in Wilkes-Barre on Saturday, April 2 with special guests Travis Denning and Ashley Cooke as part of his […]

From a press release: It was announced today that multi-platinum country music star Chris Janson, known for hits like “Buy Me a Boat,” “Good Vibes,” and “Done,” will bring his Halfway to Crazy Tour to the F.M. Kirby Center in Wilkes-Barre on Thursday, Feb. 17. Doors open at 6 p.m., and the music starts at […]

From a press release: Dusty Guitar Promotions announced today that Grammy Award-winning country singer/songwriter Travis Tritt will return to the F.M. Kirby Center in Wilkes-Barre on Sunday, Feb. 27, 2022. The special evening will feature the multi-platinum artist in an intimate solo acoustic setting playing some of his biggest hits, including “T-R-O-U-B-L-E,” “It’s a Great […]

From a press release: It was announced today that 10-time Grammy Award-winning Western swing band Asleep at the Wheel, who are celebrating 50 years of making country music with a new album this year, will perform at Penn’s Peak in Jim Thorpe on Friday, April 8, 2022. Doors at Penn’s Peak (325 Maury Rd., Jim […] 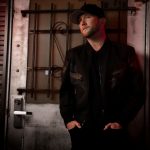 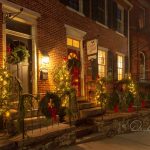