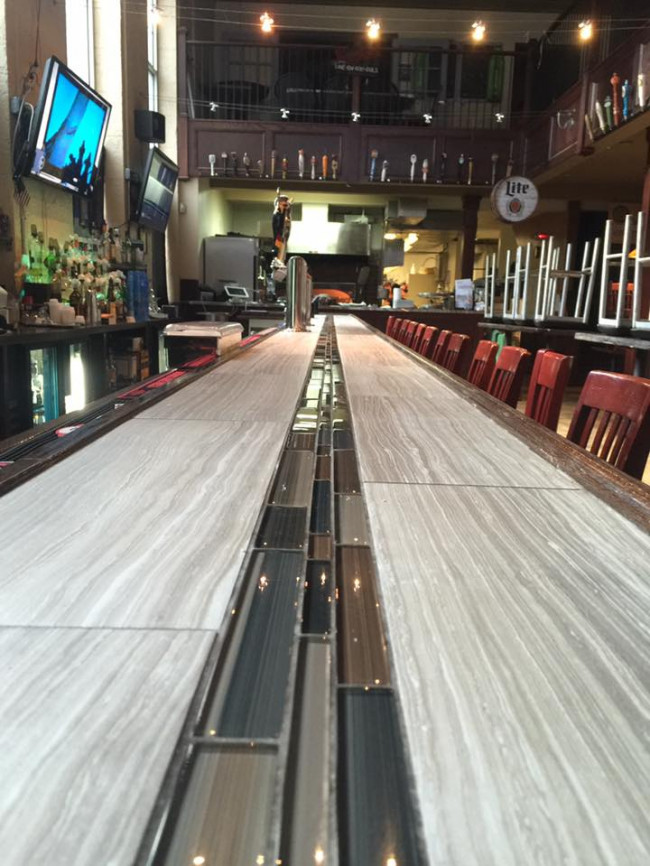 The announcement came late last night on the bar/restaurant’s Facebook page, citing the owners’ desire to move on to other ventures while still popping up now and again:

It is with regret to inform you that The Vault Tap & Kitchen will be closing our doors for business. June 10th will be our final day open. Ownership has decided to pursue other ventures and we cannot continue to provide our customers with a level of service they deserve. It’s been an amazing 4+ years of business, and we thank each and every one of you who have stopped in to say hello during that time. We’ve had countless great memories and made many lifelong friends along the way.

Immediate future plans for the building are uncertain at the moment. We will periodically be open for events and pop-up parties throughout the summer, as well as outdoor concerts in town, so keep an eye out for those! Please be sure to stop in sometime over the next two weeks and enjoy another great night at The Vault. Thank you for being the greatest customers ever, we greatly appreciate you!

“People can come for drinks after work, for dinner, for a date night, for late-night food, and also to see some of the area’s top musical talent every week,” Shrive commented at the time.

Featuring “extensive beer and food menus” that extended beyond typical pub fare, The Vault also hosted solo musicians, full bands, and DJs regularly, even sponsoring and catering concerts around the Scranton area. Supporting the local music scene while occasionally bringing in national acts, it became a participating venue in the annual Electric City Music Conference and was set to return as one of 14 venues for the 2018 conference.

One of The Vault’s most interesting contributions to the Northeastern Pennsylvania music scene was a fateful show held in its parking lot on June 18, 2016, headlined by one of Scranton’s most successful bands, The Menzingers. Now based in Philadelphia, the group played a rare hometown show (aside from their annual NEPA Holiday Show) where they debuted new songs from their latest album, “After the Party,” about seven months before its release on Epitaph Records. One of those songs was “Bad Catholics,” which vocalist/guitarist Greg Barnett originally said was planned as a B-side for a split EP before it went over so well that night, as seen in this video:

Making several direct references to Scranton in its lyrics, the catchy tune not only ended up on the album due to its positive reception, but it was later released as a single with a funny music video that was shot in that very same parking lot just a few months later:

Vault co-owner Steve Masterson, who booked that show, also owns DamnMillennial! Promotions, a concert production company that has brought bands large and small to various Scranton venues over the last few years, so while news of The Vault closing may seem like a blow to local musicians and music lovers, DamnMillennial! has big plans this summer. The company recently announced that it will present a series of outdoor shows downtown at the Scranton Iron Furnaces, starting with the Alt 92.1 Furnace Frenzy featuring reggae rock band Dirty Heads – along with Jukebox the Ghost, lovelytheband, Love in Future Times (L.I.F.T.), Brother Sundance, and Morgan Saint – on Saturday, July 21. More show announcements are expected soon.

Taking its name from its history as a former bank building, The Vault was preceded by the Faccia Luna and the Pepperwood Grill and Alehouse in that same location (301 N. Main Ave., Scranton), remodeling the Electric City Bank again into a bar/restaurant with two floors with balcony seating, a private dining area, and a deck overlooking the parking lot. The Vault was full of pleasant surprises and exciting events during its four-year run, so hopefully the building’s next venture will be just as engaging.

Read a full review of the 2016 Menzingers concert at The Vault with exclusive photos here and watch videos of the songs that debuted at that show here.