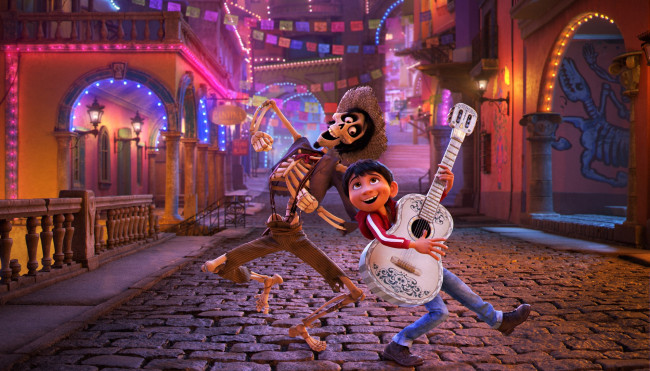 Residents of Lackawanna County will once again be able to relax on Courthouse Square and watch a variety of free, family-oriented films on a giant inflatable screen along North Washington Avenue as Scranton Tomorrow’s downtown movie series kicks off its eighth season this Thursday, July 26.

The movies, which begin after dusk at approximately 8:45 p.m., are “Sing” on July 26; “Despicable Me 3” on Thursday, Aug. 9, and Disney/Pixar’s “Coco” on Thursday, Aug. 16. Rain dates will be announced if inclement weather occurs.

Bring blankets, have a bite to eat at a local restaurant, or grab take-out and snack during the show. Free popcorn will be provided by Elm Park United Methodist Church, and kids activities by the Lackawanna County Library System and the Book Mobile start at 8 p.m.

“Sing” (2016) synopsis: Dapper Koala Buster Moon presides over a once-grand theater that has fallen on hard times. An eternal optimist and a bit of a scoundrel, he loves his theater above all and will do anything to preserve it. Facing the crumbling of his life’s ambition, he takes one final chance to restore his fading jewel to its former glory by producing the world’s greatest singing competition. Five contestants emerge: a mouse, a timid elephant, a pig, a gorilla, and a punk rock porcupine.

“Despicable Me 3” (2017) synopsis: The mischievous Minions hope that Gru will return to a life of crime after the new boss of the Anti-Villain League fires him. Instead, Gru decides to remain retired and travel to Freedonia to meet his long-lost twin brother for the first time. The reunited siblings soon find themselves in an uneasy alliance to take down the elusive Balthazar Bratt, a former 1980s child star who seeks revenge against the world.

“Coco” (2017) synopsis: Despite his family’s generations-old ban on music, young Miguel dreams of becoming an accomplished musician like his idol, Ernesto de la Cruz. Desperate to prove his talent, Miguel finds himself in the stunning and colorful Land of the Dead. After meeting a charming trickster named Héctor, the two new friends embark on an extraordinary journey to unlock the real story behind Miguel’s family history.

The downtown movie series is made possible by the Lackawanna County Arts and Culture Department and Scranton Tomorrow.

Scranton Tomorrow is a volunteer-based organization whose members are as diverse as the greater Scranton community. Volunteers and supporters include business leaders, public officials, entrepreneurs, property owners, developers, educators, artists, and community partners – all united in a love for the city and a commitment to reach its greatest potential.

The mission of Scranton Tomorrow is to mobilize resources to enhance a vibrant environment for Scranton residents, businesses, and visitors, working diligently to establish, manage, and accomplish the city’s shared goals and objectives. Through collaborative efforts, they strive to foster economic development in the downtown business district and downtown Scranton, serve as the voice of the downtown business community, preserve and promote Scranton’s history and architectural landmarks, improve the aesthetic appearance of downtown buildings and streetscapes, and cultivate partnerships among like-minded organizations and individuals. 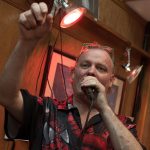