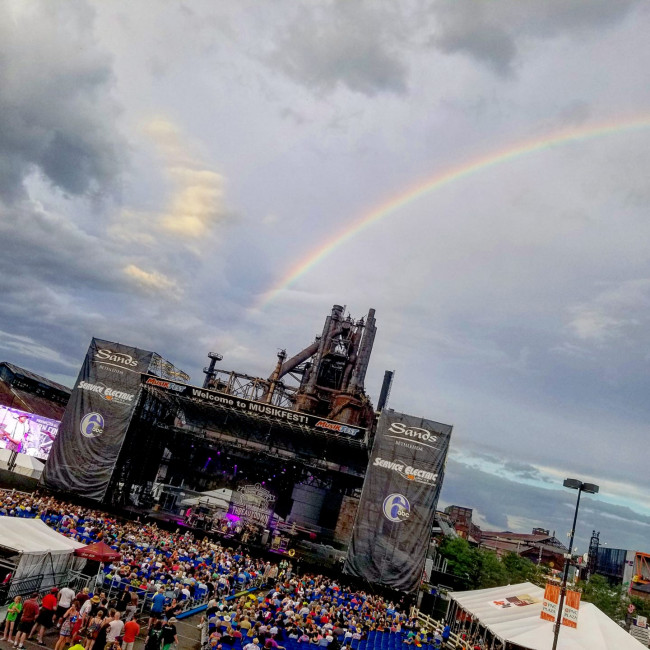 Nearly one million guests from 40 different states visited Bethlehem and the Lehigh Valley as Musikfest celebrated its 35th year with 500 music, art, and comedy performances on 17 stages throughout the city on Friday, Aug. 3 through Sunday, Aug. 12.

The festivities kicked off a day early this year with a special preview night at the SteelStacks on Thursday, Aug. 2 featuring Trombone Shorty’s Voodoo Threauxdown Tour on the Sands Steel Stage, as well as free concerts on two other stages.

2018 Musikfest attendance, which does not include the preview night, is 955,000; total attendance at the Sands Steel Stage main stage for the 10 days of the festival and the preview night (11 total shows) is 45,119. Among the many highlights of this year’s event were the new Hungry Games competition promoting the festival’s 38 different food vendors, expanded visual arts and family programming at Familienplatz, the Craft Cocktail Bar showcasing the region’s distilleries and wineries, and the addition of 20+ music performances as a result of expanded hours at the SteelStacks on weekends.

On Aug. 3, during the festival’s opening ceremonies, Musikfest honored its 13 35-year volunteers by presenting them with Marcincin Awards for their role in helping to launch Musikfest in 1984. And, at the Sands Steel Stage, audiences enjoyed sensational shows by acts like Styx and Joan Jett and the Blackhearts, Daughtry, comedian Jim Gaffigan, Dierks Bentley, Kesha, Gary Clark Jr., Grouplove, Brantley Gilbert, All Time Low and Dashboard Confessional, and Jason Mraz.

“Musikfest 2018 featured a number of highlights and milestones; however, there’s one thing that really stands out – the incredible efforts of everyone on the first weekend after three of our venues where hit by flooding,” says Kassie Hilgert, president and CEO of ArtsQuest, the nonprofit that presents Musikfest. “We’ve always said that this is a community festival in every sense of the word, and we truly saw that as everyone rolled up their sleeves and dug in, cleaning up the sites as quickly as possible so we could reopen them for our vendors and patrons.

“The efforts of the city of Bethlehem, led by its Emergency Response Management Team; Northampton County Emergency Management Services; our Musikfest vendors and partners; and our staff and volunteers is one of the most striking examples of teamwork and community support that that I have seen in my time with ArtsQuest.”

After flooding hit Volksplatz, Familienplatz, and Handwerkplatz early on Aug. 4, crews quickly got to work assessing and cleaning up the sites. Less than 36 hours after the Monocacy Creek had overflowed its banks, the three venues were reopened, with guests allowed to re-enter the venues to enjoy the music, art, and food on Sunday night at 5 p.m.

“When I needed a hose and a splitter, staff was quickly able to help me, which was important so we could clean up our site and get back up and running,” says William Tamburino, owner of Funcrafters Metal Art, which has been attending Musikfest for the past decade. “When you’re an independent artist or small business owner, it’s those little things that really make the difference. The cleanup process went very well – it was truly a 100 percent effort on everyone’s part, from the city’s many departments to ArtsQuest staff and volunteers.”

The adversity also brought out the best in the community as Jim Stocklas, an original volunteer at the first Musikfest, and Barry Bartakovits donated $10,000 in Musikfest food and beverage tickets to Bethlehem’s Emergency Response Management to provide food and water to the first responders leading the cleanup efforts.

“Northampton County is committed to the continued success of Musikfest,” says Lamont McClure, county executive for Northampton County, which played an integral role in cleanup efforts through its Emergency Management Services. “Drawing nearly one million people to Northampton County annually, Musikfest is the single largest, consistent driver of tourism to the county. Its impact cannot be overstated in that regard. And, when a little rain falls, Northampton County was and remains ready to work with the city of Bethlehem and ArtsQuest to keep the music playing.”

Established in 1984 to draw visitors to Bethlehem’s downtown historic district, Musikfest has grown to become the largest free, non-gated music festival in the nation, having an economic impact of more than $73 million annually on the city and the region. The 2018 festival featured approximately 400 performers from 29 states and nine countries, with artists coming from as far away as England, Nigeria, and Australia.

“Even in a year when the weather was less than ideal, Musikfest still had a very positive impact on Bethlehem and the region,” says Bethlehem Mayor Bob Donchez. “The partnership between ArtsQuest and the city has helped this festival develop into a world-class event that draws performers and guests from around the globe. Anytime you can expose hundreds of thousands of people to your community in a 10-day window, it’s a huge benefit for your merchants, your economy, and tourism and promotion of the city as a whole.”

The largest free music festival in the nation, Musikfest is made possible by the support of the city of Bethlehem, Bethlehem Redevelopment Authority, Bethlehem Area School District, Northampton County, 160 corporate partners, more than 1,500 volunteers, and 3,100 supporting members. In 2018, festival volunteers donated approximately 20,000 hours of their time, assisting with everything from event setup and takedown to ushering at the Sands Steel Stage and selling food and beverage tickets during the event.

“From the efforts of 13 very special volunteers who have been involved with Musikfest since day one, to the hard work of everyone on the first weekend, this year’s festival truly brought out the best in our community,” says Hilgert. “The way everyone rallied behind this event once again highlights why Musikfest is one of the best – if not the best – music festival in the nation. We thank everyone for their support – without our volunteers, sponsors, vendors, members, and others, we would not be able to present this event for our nearly one million visitors each year.” 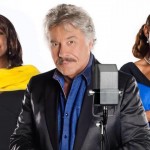 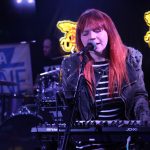