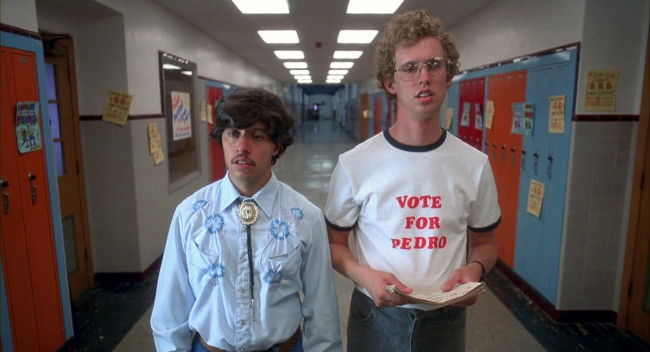 It was announced today that the F.M. Kirby Center in Wilkes-Barre will present a screening of the cult classic film “Napoleon Dynamite,” featuring a live conversation in person with actors Jon Heder (Napoleon Dynamite), Efren Ramirez (Pedro), and Jon Gries (Uncle Rico), on Saturday, Jan. 12, 2019 at 7 p.m.

This event is BYOT (Bring Your Own Tots). Heck yes!

The beloved indie classic “Napoleon Dynamite” was made almost 15 years ago. Since then, much has changed, but the characters, as enduring as they are endearing, stay in our hearts.

Appealing to the inner-teenager in each of us, the story, and more importantly the dialogue, makes “Napoleon Dynamite” one of the most quoted movies of our time.

In small-town Preston, Idaho, awkward teen Napoleon Dynamite has trouble fitting in. After his grandmother is injured in an accident, his life is made even worse when his strangely nostalgic uncle, Rico, shows up to keep an eye on him. With no safe haven at home or at school, Napoleon befriends the new kid, Pedro, a morose Hispanic boy who speaks little English. Together, the two launch a campaign to run for class president.

This quirky movie from 2004 makes us laugh – and laugh hard – over and over again.