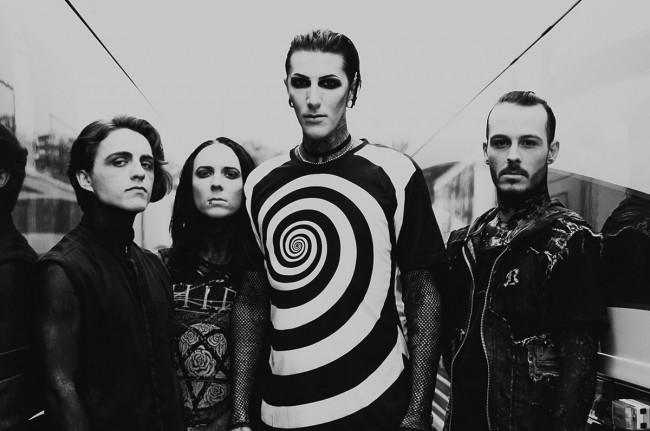 When Scranton metal band Motionless In White announced last month that they would return to their hometown just before Christmas for a special concert to close out the year, the news spread like wildfire and tickets started going fast when they went on sale on Nov. 17, selling out in just a few weeks.

The intimate all-ages show, their first of this size in Scranton in nine years, according to the band, will be held on Saturday, Dec. 22 at Levels Bar & Grill (519 Linden St., Scranton), just a few doors down from the Electric City sign that adorned the cover of their single “570” back in 2016.

Local opening acts Traverse the Abyss and Behind the Grey also sold out of the general admission tickets they were given in no time. Traverse the Abyss, who plans to film their set that night for a future music video, is currently holding a contest on their Facebook page for the last two, and Levels is now offering a limited number of VIP tickets, which can be purchased by calling 570-995-3104.

While Motionless In White has returned to Scranton over the years on the Vans Warped Tour, including the tour’s final cross-country trek in July, the band explained the significance of this show in a Facebook post:

After having planned our recent Halloween shows to be our final performances of 2018, we recently received a very unexpected offer that we simply could not refuse. We are incredibly proud to announce that we will be performing our first Scranton, PA club show in almost 10 years on December 22nd at Levels Bar and Grill. This venue is formerly known as a club we used to play at many years ago called “Tink’s” and is especially exciting to us because it is one of the only venues left in NEPA that we started out playing that is still a venue today. We hope to see many of you come out to join us in the city where it all began and officially end 2018 on a fantastic note.

When NEPA Scene first broke the news about the show, one local metalhead commenter with a good memory recalled that MIW did perform at The Storm’s reunion show at the now-defunct Clam Diggers in Dickson City on Aug. 20, 2010, but it appears that the band either forgot about this or simply isn’t counting it as a true full club show. Any way people want to look at it, though, this upcoming concert is a big deal for the band and a long time coming for hometown fans who watched them blow up and become a national act over the last decade.

Since those early days in Northeastern Pennsylvania, MIW has signed with Fearless and then Roadrunner Records, touring the world with some of the biggest rock and metal bands working today and garnering millions of dedicated fans they call “creatures.”

In 2005, the teenage band won a contest to play the small Ernie Ball Stage at the Vans Warped Tour at The Pavilion at Montage Mountain with only a demo CD under their belts, but they eventually worked their way up year after year to become national headliners in four different Warped Tours, including the final tour this year. At the Scranton show, the band brought Warped founder Kevin Lyman up on stage to thank him in front of their hometown.

“Amazing things have taken place for this band because of this man right here, and sadly this is the last Warped Tour, but we are so, so happy that we had the chance to come here and play the final one in Scranton for you guys. And I need you right now to make some noise for a man who gave us a home and, more importantly, gave every fucking one of us a place to call home year after fucking year,” singer Chris Motionless told the crowd before they all posed for a picture with Lyman.

That day, they made their short set count with “Devil’s Night,” “Reincarnate,” “Voices,” their classic songs “Ghost in the Mirror” and “Abigail” (with Spencer Charnas of Ice Nine Kills joining Chris on vocals), and appropriately closing with “570,” a song that mentions Scranton by name and chronicles their journey from the Electric City to where they are today.

While Motionless In White has replaced several members over the years, most recently parting ways with bassist Devin “Ghost” Sola (former member TJ Bell filled in on bass during Warped Tour), the group is still going strong. The band’s fourth album and first for Roadrunner, “Graveyard Shift,” was released on May 5, 2017, and they are currently working on their follow-up for a planned 2019 release.

See NEPA Scene’s photos of MIW playing at the 2018 Vans Warped Tour in Scranton here and watch a video of Chris Motionless visiting The Pavilion at Montage Mountain last winter to talk about his Warped Tour memories below: 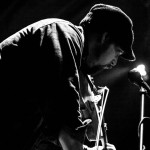