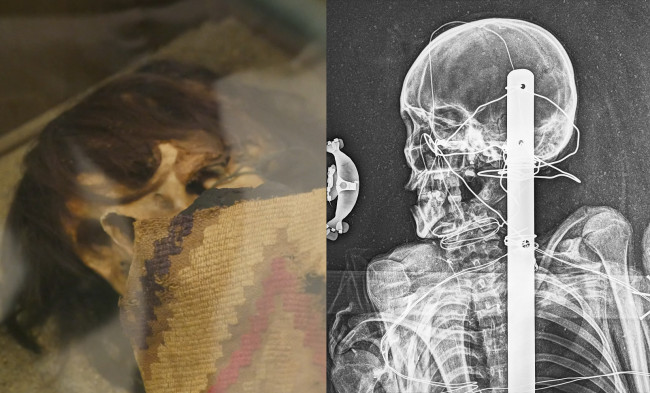 The Everhart Museum and Geisinger Community Medical Center in Scranton used modern technology to learn new information about the life of a centuries-old Peruvian mummy that has been taken out of storage to be briefly featured in the exhibition “Preserved: Traditions of the Andes,” which closes this Sunday, April 7.

Dr. G. E. Hill, a prominent dentist from the Scranton area, donated the mummy to the Everhart Museum in 1923. Based on archival records, Dr. Hill received the mummy from his father following a stint in Peru. Other than that, very little is known about the mummy, although it has been identified as belonging to the Paracas culture one of the oldest cultures of South America dating back to 800-100 B.C. The mummy was last on view in the 1990s.

Museum neighbor GCMC offered to use its technology to help answer some of those unknowns. Because the fragile mummy is in the fetal position and enclosed in a sealed glass case, Geisinger experts could not use CT scan technology. However, the X-ray method worked.

According to the findings from Dana R. Jackson, M.D., diagnostic and forensic radiologist at Geisinger Lewistown Hospital, the estimated age of the mummy is late teens, and while the pelvis wasn’t visible, the interorbital distance and shape of the orbits suggest the biological sex is male. He is about 5 feet tall, which fits with the Peruvian stature at the time. He didn’t have any broken bones, but abnormal calcifications in the spine indicate a metabolic disorder.

His toes are missing, which could have resulted from excessive handling of the body post-mummification. Alternatively, they may have been amputated due to infection or frostbite. He is wrapped in layers of fabric, with an impression of the textile on his knee.

“This was certainly the first mummy I’ve ever encountered. I think we made some interesting observations and contributed to answering some of the museum’s questions,” said Dr. Scott A. Sauerwine, medical director for Geisinger Radiology.

“Evaluation of the mummy was akin to investigating a detective mystery. Dr. Sauerwine and I both enjoyed evaluating the mummified remains,” said Dr. Jackson. “Sharing and discussing our findings with each other, I believe yielded a comprehensive, respectful, and significant evaluation of the decedent.”

“Preserved: Traditions of the Andes” went on display March 9 and is open to the public through April 7. Traditions of ancient Andean cultures are explored through photography, textiles, ceramics, tools, and burial practices. Photography is not allowed.

“We have some new research and information, and so we thought it would be a good time to showcase the mummy and some of the other South American artifacts from our collection,” Everhart Museum Curator Francesca Saldan said.

Through the study of the mummy and the objects on view, the exhibition will also focus on the topic of preservation and the science behind it as well as addressing issues that face indigenous Andean communities today. Visitors will be encouraged to participate and consider how our society may be presented one day in futuristic times.

“Mummies have long been fascinating,” said Everhart Executive Director Aurore Giguet. “Peruvian mummification traditions started 7,000 years ago – that’s much earlier than in Egypt – and lasted until the Spanish conquest 500 years ago.”

The Everhart Museum is open noon-5 p.m. on Mondays, Thursdays, and Sundays; noon-7 p.m. on Thursdays; and 10 a.m.-5 p.m. on Saturdays. Admission is $7 for adults, $5 for students and seniors, $3 for children ages 6-12, and free to guests 5 and under as well as Everhart Museum members.

The Everhart Museum of Natural History, Science, and Art (1901 Mulberry St., Scranton) was founded in 1908 by Dr. Isaiah Fawkes Everhart, a Scranton physician and businessman with a keen interest in natural history. Located in Scranton’s historic Nay Aug Park, the Everhart is the largest general museum in Northeastern Pennsylvania.

The not-for-profit institution is dedicated to the collection, care, and display of a diverse array of artifacts, including natural history, science, and fine arts. Through its exhibitions and programs, the museum has become an invaluable regional resource for educational and cultural opportunities.

The Lackawanna County Office of Arts & Culture, the Pennsylvania Council on the Arts, and the city of Scranton provide general support. 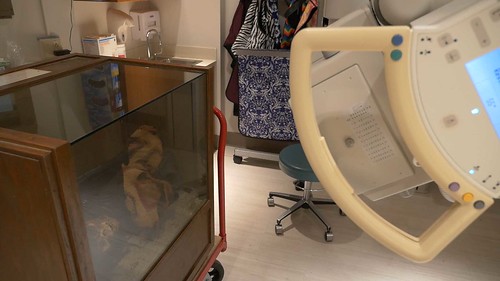 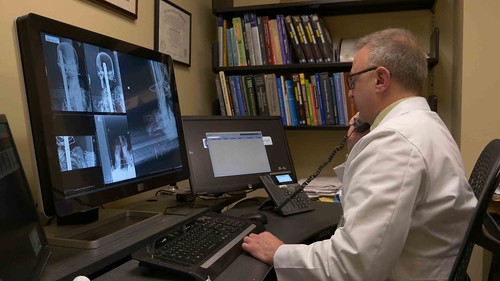 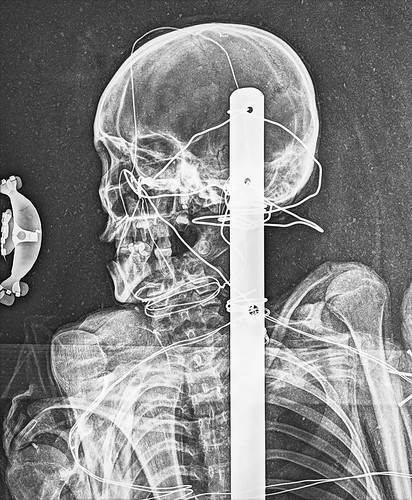 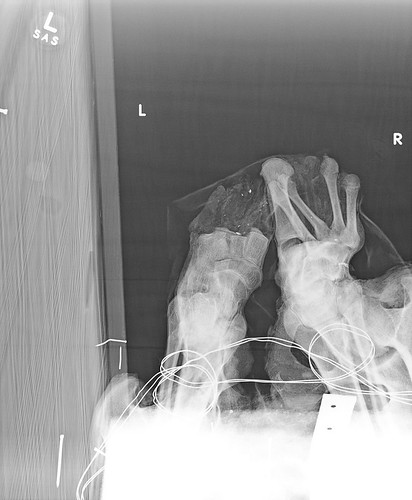 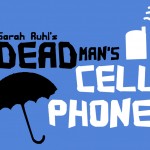