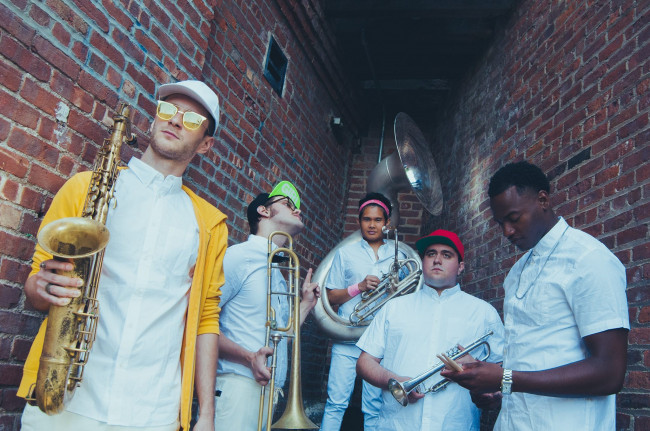 It was announced this week that high-energy brass funk band Lucky Chops will come from New York City to headline Saturday night of the 2019 Fine Arts Fiesta on Public Square in downtown Wilkes-Barre on May 18 at 7:30 p.m.

The Fine Arts Fiesta, a community celebration of diversity, talent, passion, and friendship in the performing and visual arts, is 64 years old in 2019, making it the most established festival of its kind in the Commonwealth of Pennsylvania. This year, it runs from Thursday, May 16 through Sunday, May 19.

Founded in 1956 by Annette Evans and Alfred Groh as an annual celebration of the arts in the Wyoming Valley area, the first Fiesta lasted three days and presented music, dance, drama, sketches, and displays. Over the years, the festival has grown to four days and continues to thrive as the longest-running free event offered in the city of Wilkes-Barre.

More than 60,000 people attend the festival, which includes over 50 fine artists and crafters exhibiting, a broad range of continuous performances that appeal to everyone, festival-sponsored juried art exhibits for students and adults, and a tantalizing array of Fiesta foods for every appetite and taste.

In addition to Lucky Chops on Saturday and music, dance, theatre, and poetry from local schools and groups all weekend, the 2019 Fine Arts Fiesta headliners also include blues/soul act Alexis P. Suter Band on Friday, May 17 at 7 p.m. and Philadelphia alternative jam rock band dot.gov on Sunday, May 19 at 4 p.m.

Armed with the belief that positive music can change the world, Lucky Chops is on a mission to bring life back into the music industry.

Lucky Chops has been unleashing lively brassy funk on the world since forming in New York City in 2006. The intensity of this instrumental band’s energy is fueled by their desire to share the healing and inspirational power of music with others. That power has resonated with audiences around the globe, giving the band hundreds of millions of views on their online videos and leading to live performances in more than 25 countries, headlining spots at several international festivals, and consistent sold-out shows in NYC.

Lucky Chops maintains a busy schedule touring across several continents. Its members are also committed to music education, regularly performing clinics and educational outreaches to help train and inspire the next generation of musicians.

The group is currently in the middle of their official album release residency at the Brooklyn Bowl, consisting of three hometown shows riddled with surprise guests, new tunes, and their usual brassy goodness. 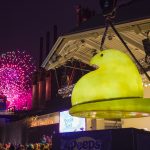