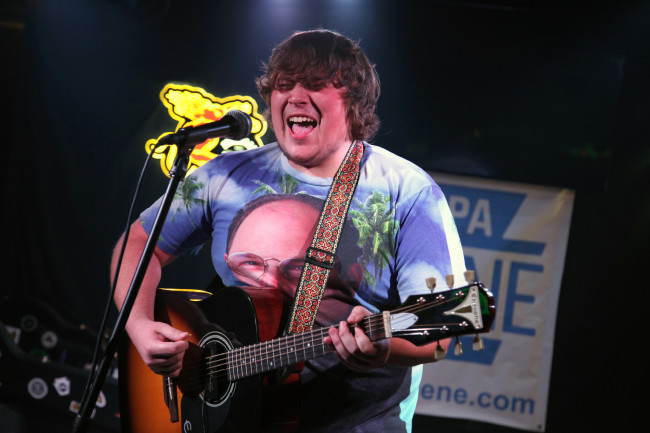 In dark times, when everything seems hopeless, a hero will rise and… run away with an ice cream maker?

In the classic 1980 “Star Wars” sequel “The Empire Strikes Back,” Willrow Hood is an obscure background character with only seconds of screen time as he flees Cloud City with a silly prop under his arm, but in Scranton, he is a new band who rescued his creator from a bad time in his life.

In the summer of 2017, singer/songwriter Connor Langan watched both bands he was playing in, Crock Pot Abduction and Karate Camp, call it quits, even though Karate Camp was already halfway through recording a new album.

“I didn’t want those songs to disappear into the void. I also had some songs of my own that neither band had used, so I wanted to finish what we started but with a different vision and take on the songs,” Langan recalled.

Armed with a desire to continue making music, unresolved feelings about his previous relationship, and a love for making cult movie references, a new solo project emerged with a name only the most dedicated “Star Wars” fans would recognize immediately.

“I didn’t want to just go by Connor Langan, and Langor was already taken [by my brother, Brian Langan]. I think Willrow Hood has a good ring to it, and weirdos like me will appreciate the reference. ‘Oh, the Empire is taking over and the city is being evacuated? Better grab the ice cream maker!’”

After a handful of solo live appearances and full band performances in Scranton, Willrow Hood is releasing their first official single, “You Can’t Piss on Hospitality,” exclusively on NEPA Scene.

The title comes from another movie reference – this time from 1990 cult classic horror film “Troll 2.”

“The song isn’t really inspired by the movie at all, but I think that line in specific is a good way to sum up the meaning of the song,” Langan explained.

“It’s about lacking any sort of motivation to go outside and interact – be a human, really. At the time I wrote it, I was spending a lot of time sitting inside playing video games, listening to music, and generally just being a lump on a log. I was working fast food, no college, no career planned… just slumming it. I was loving it at the time, though.”

He describes his punk rock sound as “mid-‘90s power pop meets emo,” with influences like Weezer, Jimmy Eat World, Green Day, Jay Reatard, and “maybe a little bit of The SW!MS,” his brother’s old Scranton band before he relocated to Philadelphia.

A whole album was completed by December of 2017, but it was scrapped and overhauled with the help of his Crock Pot Abduction bandmate Jake Decker. They recorded in Decker’s basement, the “Double Decker Recording Services headquarters,” and completed 10 songs themselves for a debut album that could have been named “Nothin’ But Trouble,” “inspired by the fever dream cinematic nightmare that Dan Aykroyd cooked up,” but ultimately became self-titled.

“I always loved the ear Jake had for my typical punk structure songs – he really knows how to make them pop out and be unique. Also, he’s like my brother; he’s always my first choice when it comes to recording music,” Langan said.

“’You Can’t Piss on Hospitality’ best represents the synth and poppy side of the record, the other side being heavy and angry.”

There was plenty to be mad and frustrated about at the time.

“A lot of songs on the record were written over the course of six years, the oldest song being written in 2013, but I pieced them together to form a narrative. At its core, it is an album about getting over a breakup. In 2014, I got dumped by my high school sweetheart. I won’t put them on blast here; it’s all there in the lyrics,” he revealed.

“Which put me in a weird spot – no meaningful career, no schooling, no significant other. I was coasting by with unhealthy coping mechanisms like drinking. I am over all of that now, but the record is about those years – and moving on.”

While fans of Karate Camp and Crock Pot Abduction, who eventually reunited and continue to perform today, will likely enjoy these songs, Langan made sure Willrow Hood had its own distinct sound.

“I feel it is the songs that weren’t ‘CPA enough’ to make the cut, really – a bit more punk-sounding, and the lyrics a little more personal and self-indulgent, but in a good way. In fact, ‘Hospitality’ was originally a CPA song. It got to the demo stages in the [debut album] ‘Bye’ sessions but was ultimately cut, where it sat in my brain for four years,” he said, also noting that this lacks the input of four other members.

“It really is just me coming up with the basic structure, and then Jake … coming up with sick lead parts and keyboard sounds. I can’t take all of the credit here – half the songs on the record were written with members of Karate Camp, but lyrically it was 90 percent me.”

After a few live solo appearances at the NEPA Scene Rising Talent open mic over the last few years, Willrow Hood eventually became a full band of rebels on stage with fellow CPA members Jake Decker on guitar and keys, Dom Ludovici on bass, and Joe Belfanti on drums, along with Langan’s old childhood friend Mike Hummel on guitar and saxophone.

They will all play at Willrow Hood’s recently announced album release show at The Keys (244 Penn Ave., Scranton) on Saturday, June 15, which will also celebrate Langan’s 25th birthday. The lineup includes opening sets by Idolizer, The Mesos, Ed Cuozzo of University Drive, and stand-up comedian Ray Meoni. Doors open at 8:30 p.m., and the 21+ show starts at 9 p.m. Admission is $5 at the door.

“I plan on coordinated band outfits, a tradition for highly important shows in my life. The live sound is a bit different from the record, especially since I have a saxophone player for live settings,” Langan said.

“I chose each act based on their sound and who has been close to me for years. Ray Meoni is opening up with comedy; he’s supported my musical endeavors since CPA’s early days in 2010. I will never forget seeing this kid with a huge afro crowd surfing at one of our first shows ever.

“I am incredibly honored that Ed Cuozzo agreed to do an acoustic set; he’s the sweetest dude ever and has always been incredibly supportive. I wouldn’t have half the songs on the record or even the confidence to play guitar if it weren’t for half the guys in Idolizer; three of them were in Karate Camp, and that’s a bond that sticks in my heart. Then there’s The Mesos. I knew from the start I wanted them to play; I used to jam with Dom [of The Mesos] in The KLAP, and he has incredible energy. All of these acts together are going to make for a perfect show in my eyes, especially at The Keys, a home away from home filled with nothing but positive energy.”

After that, he hopes to play more full-band gigs and integrate his bandmates into the songwriting process, turning Willrow Hood into a true group effort. He may even begin recording a new record with the band and “possibly an experimental, lo-fi, home-recorded EP by myself, trying my hand at recording and mixing, something I am not knowledgeable in” but, maybe more importantly, he hopes to avoid a lawsuit from Disney and Lucasfilm over that boldly heroic name. 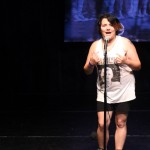