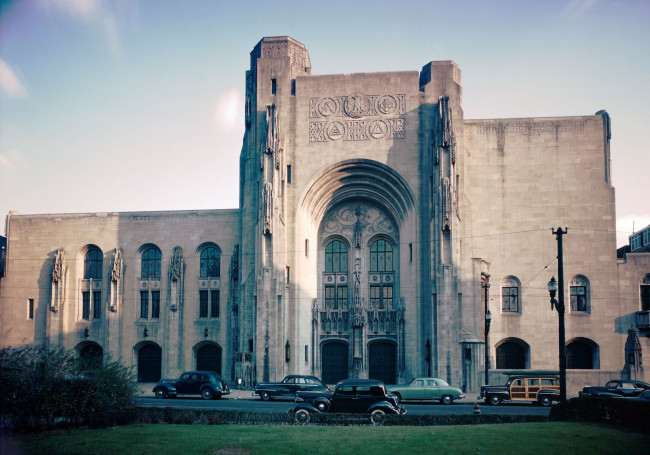 This year marks the 90th anniversary of the opening of Scranton’s historic Masonic Temple, which has served as the home of the Scranton Cultural Center for over three decades. Although the facility is currently closed due to government guidelines regarding the coronavirus pandemic, it won’t stop the organization from celebrating this monumental milestone.

“Before the pandemic outbreak, we were brainstorming ideas for an on-site celebration because we believe our building doesn’t just belong to us, but the entire community,” said SCC Executive Director Deborah Moran Peterson.

The Cultural Center also recently took to social media to post a virtual tour of the building and celebrate its 20th annual Evening of Fine Food and Wine during the week of April 19, as the milestone event was postponed due to current restrictions. It is in the process of being rescheduled for later this year.

The virtual 90th anniversary celebration will kick off on Monday, May 18, which marks the official anniversary of the building’s opening in 1930. Until then, the Scranton Cultural Center invites patrons to share and submit their memories of the facility from over the years. Suggested submissions include:

Approved submissions will be featured on the SCC’s social media channels, within the organization’s eblasts, and on its website. The amount of submissions received will dictate the timeframe of the virtual celebration. The deadline for submissions is Sunday, May 17 at noon. Submissions can be sent via email to marketing@sccmt.org, via Facebook or Instagram message platforms, or via mail to Scranton Cultural Center – Attn: Rachael Fronduti, 420 N. Washington Avenue, Scranton PA 18503. Any questions can also be directed to marketing@sccmt.org.

Head on over to our Facebook page where we are spending the week celebrating twenty years of our largest fundraiser #EveningofFineFoodandWine ! You won’t want to miss lots of great memories and photos captured by @juliejordanphotography ♥️🍷🍽 #scrantonculturalcenter #lifecelebrated

A post shared by Scranton Cultural Center (@scrantonculturalcenter) on Apr 21, 2020 at 8:37am PDT