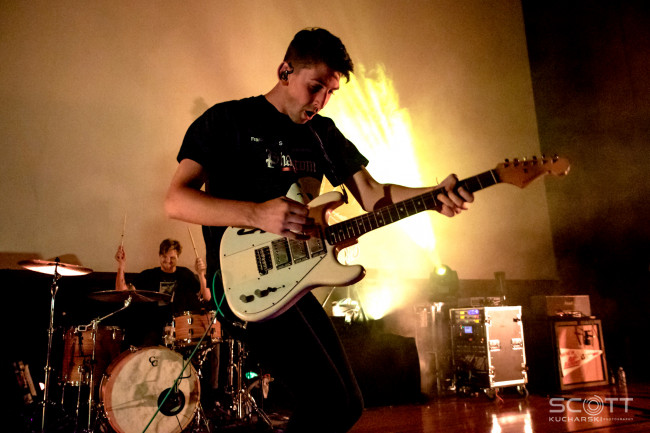 While practically everyone misses live music, musicians may be missing concerts the most.

NEPA Scene recently talked to a majority of the artists participating in “Come Together: A Community Benefit Concert for the Arts,” coming up this Thursday, July 16 in the parking lot of Mohegan Sun Arena at Casey Plaza in Wilkes-Barre Township, and found that they are just as eager to perform live as the public is to see them again. Live steams can be fun, and we’ve hosted many on Facebook since the coronavirus shutdown in March, but there’s nothing like seeing and hearing the magic happen in person.

100 percent of proceeds from “Come Together” will be donated to nonprofits, theaters, and performance centers that have been heavily impacted by COVID-19, such as the F.M. Kirby Center, Karl Hall, The Ritz Theater, the Scranton Cultural Center, the Dietrich Theater, Little Theatre of Wilkes-Barre, the McGlynn Center in Wilkes-Barre, WVIA, Axelrad Screen Printing, and Luzerne County Head Start.

We got a hold of eight of the 12 bands performing on Thursday night and asked each one why they wanted to play this all-ages benefit show and what this community and music scene means to them – here’s what they had to say.

Why did you agree to perform at ‘Come Together?’ What does the NEPA music scene mean to you? 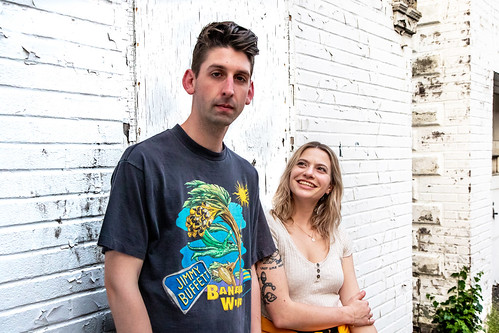 “Music is a community, and the pandemic has negatively impacted just about all aspects of it. It’s important for us to use our collective platforms to help out venues and theaters in our area so they will still be there on the other side of this,” vocalist/guitarist Ben Walsh said.

“We wouldn’t be anywhere without our experiences growing up in the NEPA music scene. This scene has always been such a diverse, positive, and uplifting community, which results in so many talented artists having the encouragement and support to do things their own way and develop their own unique style.” 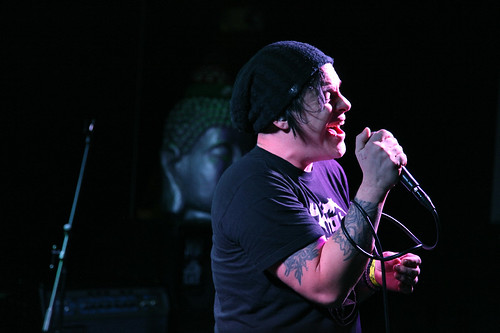 “AJ Jump and Joe Nardone Jr. hit us up and told us about this unique ‘drive-in’-style concert they were planning. I’ve played a ton of shows, but never anything like this. Then when they said it was to raise money for our venues that have been hardest hit by this shutdown; it was a no-brainer for us,” vocalist Nick Coyle said.

“We really do have a pretty tight-knit community here in NEPA. Especially the music scene – everyone knows each other. It’s nice to see everyone coming together in such strange times.” 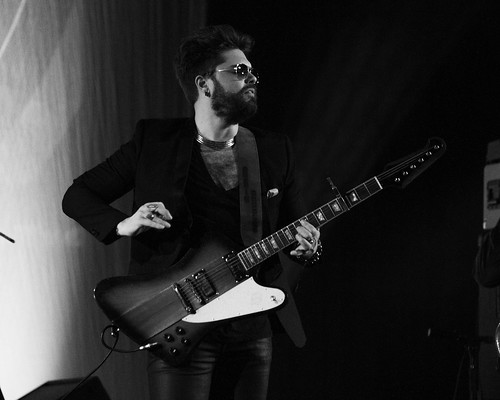 “There’s no question that it’s been a strange few months for all live performers. The one thing that gives us life has been taken away from us, so the opportunity to play this show was an honor. To play any show at this time is a beautiful opportunity, but to be able to do it in my hometown with a lineup of so many friends make it just that much sweeter. Plus to play for such a great cause, which we all are a part of and feel so deeply for, is an honor,” vocalist/guitarist Dustin Douglas said.

“The NEPA community and music scene is literally everything to me. I’ve been a part of this local music scene for what seems my entire life. It’s my lifeline. I’ve been fortunate to travel to many places to play and hang where the scenes are world-famous, but the NEPA scene (no pun intended) can hold its own against any of the major music and art meccas in his world. There’s such talent and tenacity right here. The members of this community should not and will not be looked over.” 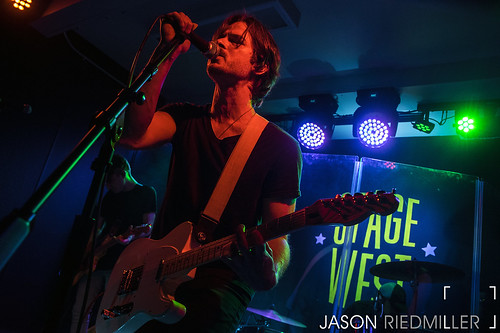 “I was super excited to play this show for a ton of reasons – mostly because it’s a great cause and helps the local community that’s nurtured so many artists for so many years, but I’m also so excited to get to finally play a gig and see some friends!” vocalist/guitarist Ed Cuozzo said.

“The NEPA scene is so close to my heart. If it wasn’t for the support of our local community, I’m 100 percent sure that I would never have had many of the opportunities I’ve been lucky enough to have. Outside of that, I truly believe we have some of the most talented and ambitious artists in the country cultivated in our little scene. Maybe that sounds pretentious, but I’m really proud to be a part of the NEPA music scene and local community.” 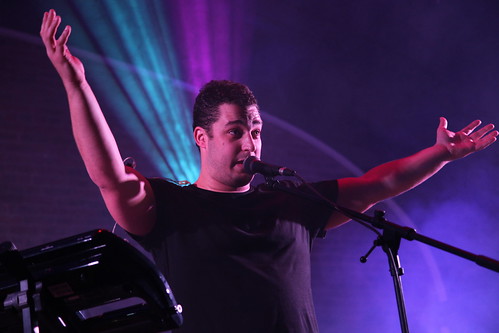 “First off, we’re just excited to be playing live. We can’t wait to be back doing what we love, which is performing for a live audience. But we wanted to play this show specifically to give back. This is a hard time for a lot of people, and we’re excited that we can be a little bit of a distraction from that, but primarily, this is about supporting the arts and our community here in NEPA. So many of the beneficiaries of this benefit have played a huge part in our development as a band, and we’re happy we can support them when they need it most,” drummer George Pachucy said.

“This community has always been there for us. We wouldn’t exist without the support of not only the fans locally, but also the other musicians and artists who really have become some of our good friends. We’re happy we can give back a little to a community that has done so much for us.” 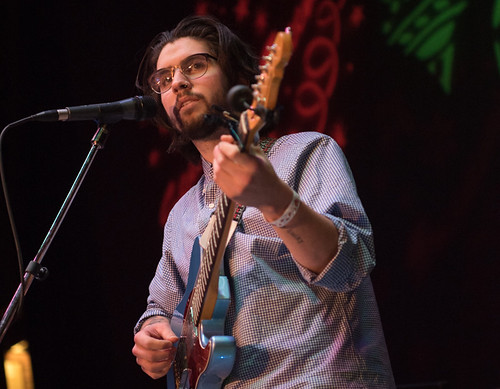 “I think the main attraction for me playing this show is being able to see a lot of my friends’ bands that I haven’t seen perform in months. I assume this won’t be a common thing going forward, so it kind of feels like a once-in-a-lifetime memory to make with people I love. I am just excited to play a show and give back,” vocalist/guitarist James Barrett said.

“The NEPA community really does mean a lot to me personally. I owe so much of my progress in music to the local scene here. Growing up in NEPA always allowed me to find inspirations everywhere I turned because everyone here is incredibly talented. Scranton can suck for a lot of reasons, but the music scene here is special and that outweighs a lot of the negatives for me.” 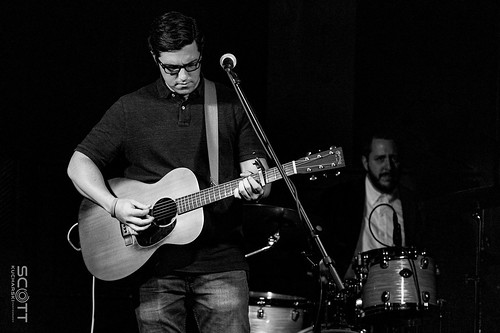 “I’m sure I speak for everyone in the band when I say that this show is a great example of what it looks like for members of a community to lean on one another in a challenging time. An event like this will no doubt lead to the creation of others like it, and I think we should all be excited for the show and the positive impact it will have on the community. And for selfish reasons, it will feel pretty goddamn good to play a gig,” vocalist/guitarist Joe Burke said.

“The NEPA community and music scene are where we’ve formed some of our greatest and most important friendships and relationships. They’ve been continued source of support and inspiration, given that the area seems to be a wellspring of both good people and talented artists. We could not be more grateful for this area and its music scene and are honored to play a role in a show that aims to lift up the arts in NEPA.” 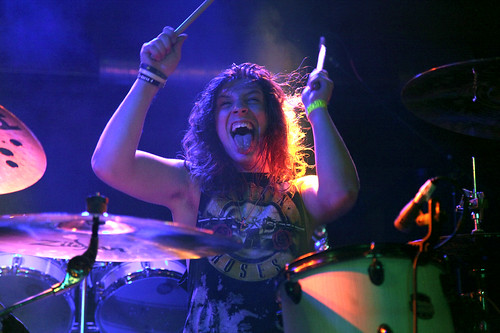 “Leading up to March, we had some great shows like Diamante, Patent Pending, Sponge, and Jimmies Chicken Shack. We were scheduled to play with Alien Ant Farm at The Gin Mill in May. COVID-19 stopped it all, just ended it. I struggled in the beginning like everyone. Then we decided to do two cover videos, live streams, but still there is nothing like a crowd. As soon as I saw the concert announced, I knew we needed to be there to help the arts community and to heal ourselves, especially with all the other bands on the lineup, so we reached out to Joe Nardone Jr. and, for that, I am grateful. I cannot wait to kick it hard on that stage,” drummer Tanner Snyder said.

“It means a lot to me since I literally grew up in the local music scene. I started performing live at the age of 12, when I met you, Rich, at NEPA Scene’s Got Talent. Then I received the 2016 Steamtown Music Award for ‘Future of the Scene’ and I never looked back. Our goal as a band is to perform with as many NEPA bands as we can, support local venues and young musicians, and to give back. We want to create original music with influences in alternative rock, rap, and punk music in the NEPA area and beyond.”

Come Together: A Community Benefit Concert for the Arts
Location: Mohegan Sun Arena (255 Highland Park Blvd., Wilkes-Barre)
Date: Thursday, July 16
Time: 6 p.m.
Cost: $100 per vehicle ($25 per person with four people per car)
Tickets are on sale now online and at the NBT Bank Box Office at Mohegan Sun Arena. Use promo code SCENE for cars or VSCENE for trucks and SUVs on ticketmaster.com to save $10 on tickets through Wednesday, July 15 at 11:59 p.m. 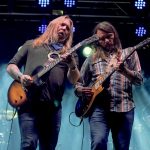 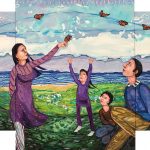