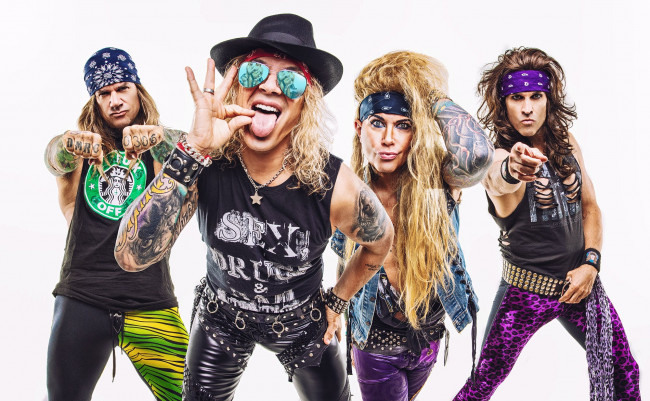 Steel Panther, the band that burns more rubbers than NASCAR, is bringing their debaucherous fun to Pennsylvania this September.

The glam metal parody group is going to be performing live at two Pennsylvania drive-ins as part of the Fast Cars & Loud Guitars Tour. While it is only two tour dates at present, one of them is local – the Circle Drive-In Theatre in Dickson City on Saturday, Sept. 12.

Presented by Stage West in Scranton, DamnMillennial Promotions, and SLP Concerts, the band will be rocking live on stage as the performance is broadcast on the movie screen, with the audio available via an outdoor PA system as well as in everyone’s car via FM transmitter. This will help to keep all attendees socially and sexually distant.

“Bring your hot rod and hot dates to the concert event of the weekend. This ain’t your momma’s NASCAR. This is Steel Panther live and out of our cage in Los Angeles. You’re welcome, Pennsylvania. Unfortunately, the local government has informed us that it is totally illegal to attend this concert naked. They blamed COVID, so please still wear a mask when you’re around strangers!” the band said.

These drive-in shows come as Steel Panther continues to set new career goals for themselves. The band will be performing another virtual concert event, Rockdown in the Lockdown, on Sunday, Aug. 16 from the ultra-sanitized, production-filled, multi-camera Drum Channel Studio at Drum Workshop in Oxnard, California. The show will be live globally at 5 p.m. EST.

Rockdown in the Lockdown will be slightly different from what fans saw last time. Steel Panther has filmed a series of sketch comedy pieces that will be played throughout the show, giving the virtual experience more depth and laughs. The band will again be interacting with fans around the globe via a live chat. Tickets for the virtual concert will cost $15 each, with proceeds from each ticket sold going to benefit a local Los Angeles animal rescue and Live Nation’s Crew Nation Fund (benefiting all touring personnel affected by the COVID-19 pandemic). All fans who purchase tickets to the concert will get access to Steel Panther’s Rockbuster Video Store, a place where fans can access exclusive content to stream for a period of time. Currently, “The Concert to Save the World,” “Live from Lexxi’s Mom’s Garage,” and the black metal video version of “Let’s Get High Tonight” is available with ticket purchase, and more content will be added. Anyone who has purchased the band’s latest effect pedal The Butthole Burner prior to the concert will get a free ticket to the event. The “You Can’t Beat the Meat & Greet” VIP upgrade is also available that includes access to a virtual one-on-one meet and greet, private video chat with two band members, and a screen-shot selfie.

Rockdown in the Lockdown is being sponsored by Monster Energy, and all tickets and VIP upgrades are available at steelpantherrocks.com.

For the uninitiated, Steel Panther was formed in 2000 and is comprised of Michael Starr (lead singer), Satchel (guitarist), Lexxi Foxx (bass), and Stix Zadinia (drums). Hailing from Los Angeles, the epicenter for rock ‘n’ roll in all its debauchery and glamour, Steel Panther has established themselves as the world’s premier party band, melding hard rock virtuosity with parody and criminally good looks. Steel Panther is a global phenomenon with four full-length albums, touring across the world, platinum-level YouTube status, and high-profile television appearances, such as “Jimmy Kimmel Live,” “Larry King Now,” and “Fox NFL Sunday.”

Rolling Stone avowed, “There’s a reason Steel Panther have transcended their origins as a cover band playing the Sunset Strip,” while Metal Sucks declared, Steel Panther’s concept is “genius… their songwriting is… preposterously snappy – and relatable.” 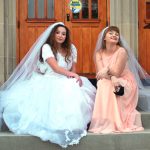