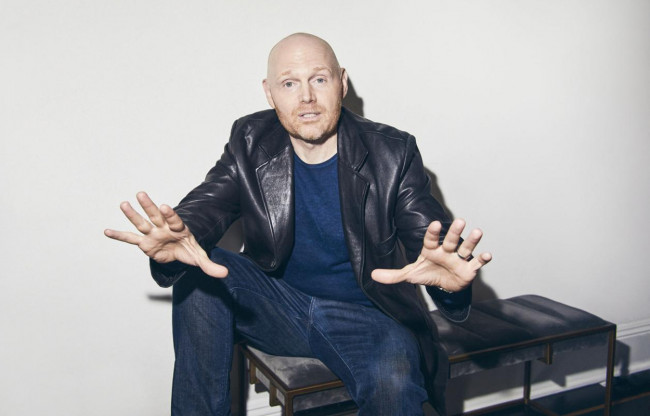 It was announced today that Grammy-nominated comedian, actor, and podcast host Bill Burr will embark on a nationwide stand-up tour of new and rescheduled shows, including a stop at the Wind Creek Event Center in Bethlehem on Sunday, Sept. 5.

Produced by Live Nation, the 21-date tour will kick off in Las Vegas on July 2 at the Cosmopolitan and continue through Hollywood, Atlantic City, Kansas City, Atlanta, Detroit, Indianapolis, St. Louis, and more before wrapping on Dec. 30 in Phoenix at the Arizona Federal Theater. He will perform twice in Bethlehem – first at 7 p.m. and later at 10 p.m. that same night.

“Can’t wait to get back on the road!” Burr tweeted this afternoon.

“If you currently have tickets to a show that has been rescheduled, your tickets will be valid for the new date. If you can’t make the rescheduled show, please reach out to your point of purchase.”

Burr is considered one of the top comedic voices of his generation, achieving success in television and film as well as on stage. He sells out theaters internationally, and his “Monday Morning Podcast” is one of the most downloaded comedy podcasts. Recently, he made his debut as host of “Saturday Night Live” on Oct. 10, 2020, starred opposite Pete Davidson and Marisa Tomei in the Judd Apatow film “The King of Staten Island,” and he has a memorable role as “Migs Mayfeld” in the ongoing Star Wars series “The Mandalorian” on Disney+.

Premiering in 2015, Burr’s animated Netflix series “F Is for Family,” which stars himself alongside Laura Dern, Justin Long, and Sam Rockwell, will receive its fifth and final season this year. In 2019, he released his sixth hour-long comedy special, “Paper Tiger,” that was nominated for a Grammy Award, recorded at London’s Royal Albert Hall, and is currently streaming on Netflix.

Tickets for the Bethlehem shows go on sale this Friday, April 9 at 10 a.m. and will be available at windcreekeventcenter.com, the Event Center box office (77 Wind Creek Blvd., Bethlehem), ticketmaster.com and all Ticketmaster outlets, and by phone at 800-745-3000.

Bill Burr grew up outside of Boston, Massachusetts and said he did fairly poorly in school, despite the fact that he applied himself. Having first gained notoriety for his recurring role on the second season of “Chappelle’s Show” on Comedy Central, he developed a comedic style of “uninformed logic” that has made him a regular with Conan O’Brien, Jimmy Fallon, and Jimmy Kimmel.

His film roles include “The Front Runner” starring Hugh Jackman, “Daddy’s Home” with Mark Wahlberg and Will Ferrell, “Black or White” with Kevin Costner, “Walk of Shame” with Elizabeth Banks, “The Heat” with Sandra Bullock and Melissa McCarthy, “Stand Up Guys” with Al Pacino and Christopher Walken, and “Date Night” with Steve Carell and Tina Fey.

He received rave reviews for his recurring role as “Kuby” on the hit AMC show “Breaking Bad,” and he was seen in multiple episodes of the hit “Kroll Show” on Comedy Central. He guest starred on Fox TV’s “New Girl” in 2013 and contributed to the 2012 and 2011 ESPYS.

One of the most popular comedy podcasts on the web, Burr’s “Monday Morning Podcast” is an off-the-cuff, twice-weekly rant that has become a fan favorite since its debut in 2007.

Founded by Burr and Al Madrigal, All Things Comedy is owned and operated by comedians, giving each comedian not only the opportunity to create the content they think is funny, but to take ownership in the company that distributes it. Today, ATC is the leading comedy podcast network with over 50 shows hosted by some of the best comedians in the business. After experiencing rapid audience growth over the past five years, ATC has launched a full-scale studio creating digital series and a development slate for television and feature distribution. In 2018, ATC announced a production deal with Comedy Central to produce an original stand-up series hosted by Burr along with three one-hour stand-up specials. The first one-hour special under the deal, “Bill Burr Presents Paul Virzi: I’ll Say This,” premiered on Nov. 2, 2018.

Burr returned to Madison Square Garden on Nov. 7, 2018 after his sold-out MSG debut on Nov. 14, 2015, and he made his sold-out debut at Royal Albert Hall on June 6, 2018. His fifth hour-long stand-up special, “Walk Your Way Out,” premiered on Netflix on Jan. 31, 2017. It was shot on Oct. 21, 2016 at the Ryman Auditorium in Nashville. In the summer of 2016, his fourth European theater tour brought him back to Ireland, the U.K., Amsterdam, and he made first visits to the Edinburgh Fringe Festival in Scotland; Cologne, Germany; and Antwerp, Belgium.

In early 2015, he made his first tour of theaters in Australia, New Zealand, Singapore, Hong Kong, and Mumbai. On Dec. 5, 2014, he premiered his fourth hour-long special, “I’m Sorry You Feel That Way,” on Netflix; it was recorded on June 20, 2014 at The Tabernacle in Atlanta. On Sept. 30, 2014, he released the vinyl album “Live At Andrew’s House,” a recording of his 2011 Carnegie Hall performance, on Third Man Records. In July of 2014, he received the Stand-up Comedian of the Year Award from the prestigious Just for Laughs Festival in Montreal. In Dec. 2013, his third European theater tour played to rave reviews in London, Glasgow, Dublin, Amsterdam, Helsinki, Copenhagen, Oslo, Stockholm, and Reykjavik.

In 2012, Burr released his third hour-long special, “You People Are All the Same,” available for download exclusively through his website and streaming on Netflix. He starred in two hour-long specials on Comedy Central – 2010’s Bill “Let It Go” (available as a DVD, digital audio download, and on Netflix) and 2008’s “Why Do I Do This?” (available on CD, DVD, and Netflix).

Simon & Schuster released the book “Cheat: A Man’s Guide to Infidelity,” written by Burr, Joe DeRosa, and Robert Kelly, on Oct. 9, 2012. It was inspired by the short film “Cheat” that Burr, DeRosa, and Kelly produced, co-wrote, and starred in. Based on a true story, the film made its world premiere at the 2011 Tribeca Film Festival and screened at the 2011 Just for Laughs Festival.

Burr is against organized religion and believes we should go back to the gold standard for our currency. According to him, none of his opinions are based on any sort of reliable information – he just tends to go with his first thought because reading makes him sleepy. 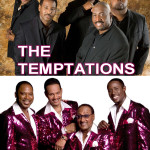 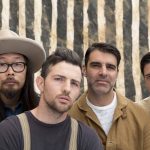