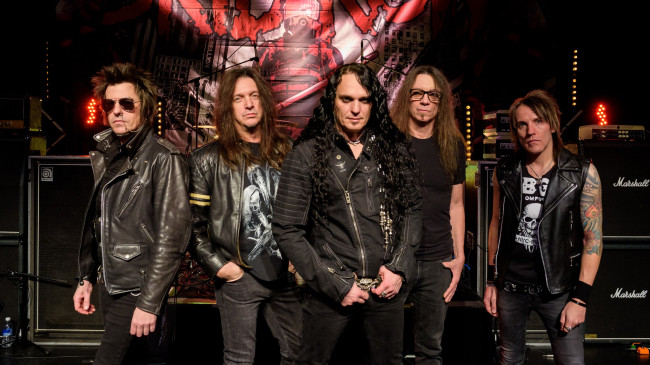 It was announced today that glam metal bands Skid Row and Warrant, who both had multi-platinum hits in the late 1980s and ’90s, will perform at Penn’s Peak in Jim Thorpe on Friday, Feb. 25, 2022.

Tickets, which are $46 in advance or $51 the day of the show, go on sale this Friday, Oct. 8 at 10 a.m. ​via Ticketmaster, the Penn’s Peak box office, and at Roadies Restaurant and Bar (325 Maury Rd., Jim Thorpe). Box office and Roadies Restaurant ticket sales are walk-up only; no phone orders.

The first rebellion started in 1986 – New Jersey kids with punk and metal attitudes determined to conquer the world. All for one, Skid Row banded together with single-minded purpose. The battlefield was the stage, and the songs were their arsenal in an us-against-them musical coup d’état – “Youth Gone Wild,” “I Remember You,” “18 and Life,” “We Are the Damned,” “Monkey Business,” and “Let’s Go.”

Top 10 singles. Gold and multi-platinum sales. Skid Row was the first heavy metal band to debut at No. 1 on the Billboard Top 200 Album Chart with their 1991 sophomore release “Slave to the Grind,” which was fueled by the hits “Monkey Business” and the album’s title track. Their self-titled 1989 debut included the anthems “Youth Gone Wild,” “I Remember You,” and “18 and Life” and sold more than five million albums. They have since sold more than 20 million albums worldwide.

The world was theirs, the rebellion won, until there was nothing left to fight for – so they fought each other. Following an ill-advised South American tour in 1996, the band was finished.

They returned to the big stage – literally – opening for KISS in 2000. Exhilarated to tour with the heroes who rallied them in the first place, the band was reinvigorated by being underdogs who needed to come out fighting to prove themselves.

“When we put the band back together, we needed to reintroduce Skid Row as relevant without relying too much on past success,” Bolan explained. “We wrote songs and hit the road. We sunk our heart and soul into it, letting people know we weren’t doing it for lack of anything better to do.”

At its core, Warrant is an American rock band through and through. Hitting it big in 1989, the Hollywood, California-based group rose through the ranks of the local Sunset Strip scene to the level of multi-platinum-selling, chart-topping success.

Warrant’s signature style of rock music is very catchy and yet very melodic and remains the band’s signature sound today. In 2008, Robert Mason replaced the late Jani Lane as lead vocalist, joining the other four original members – Jerry Dixon, Steven Sweet, Joey Allen, and Erik Turner. Their 2011 album “Rockaholic,” released through Frontiers Records and produced by Grammy winner Keith Olsen, was highly regarded in reviews and embraced by fans, peaking at No. 22 on the Billboard Hard Rock Albums chart.

Warrant will continue headlining festivals, casinos, and fairs all over the country in support of their latest record, 2017’s “Louder Harder Faster,” while playing all the hits fans know and love. 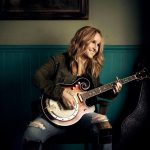