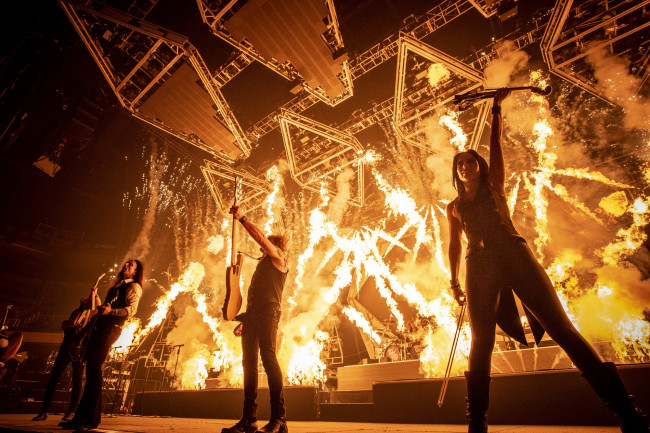 To celebrate the 25th anniversary of the group’s landmark album “Christmas Eve and Other Stories,” the Trans-Siberian Orchestra will offer $25 tickets for 25 hours only on Tuesday, Oct. 26 at 9 a.m. through Wednesday Oct. 27 at 10 a.m.

The multi-platinum, critically-acclaimed progressive rock group will play two shows at the Mohegan Sun Arena at Casey Plaza (255 Highland Park Blvd., Wilkes-Barre) on Sunday, Nov. 21 – one at 3 p.m. and one at 7:30 p.m. – as part of their highly anticipated Winter Tour. Tickets for these Wilkes-Barre performances typically start at $49.50.

The discounted tickets will be available for both shows through ticketmaster.com and the NBT Bank Box Office at Mohegan Sun Arena (255 Highland Park Blvd., Wilkes-Barre). No password is needed. The offer is valid while supplies last, and it is not valid on previously purchased tickets. A portion of proceeds will benefit Griffin Pond Animal Shelter in Clarks Summit, courtesy of TSO and 98.5 KRZ.

Certified triple platinum by the Recording Industry Association of America for selling three million copies in the U.S., “Christmas Eve and Other Stories” is one of the bestselling Christmas albums of all time. Including the mega-hit “Christmas Eve/Sarajevo 12/24,” the album launched the group to superstardom and spawned the bring-the-whole-family rock holiday tradition that has now played to more than 17 million fans all across the nation.

“After an incredibly trying year for everyone, we are beyond excited to be able to say that we’re bringing ‘Christmas Eve and Other Stories’ back to all of you. We were amazed by the turnout for last year’s live stream and how many of you continued to celebrate this tradition we have created together,” TSO’s music director and lead guitarist Al Pitrelli said.

“It’s been 25 years since Paul [O’Neill] first introduced all of us to this timeless tale. Let’s celebrate this milestone event together. God bless and stay safe everyone.”

A product of the vision and imagination of TSO’s late founder, composer, and lyricist Paul O’Neill, “Christmas Eve and Other Stories” follows a story set on Christmas Eve when a young angel is sent to Earth to bring back what is best representative of humanity. Following favorite TSO themes of “strangers helping strangers” and “the kindness of others,” “Christmas Eve and Other Stories” takes listeners all over the world to help reunite a young girl with her distraught father.

The album and tour feature such fan favorites as “Ornament,” “Promises to Keep,” “This Christmas Day,” “O’ Come All Ye Faithful,” “Good King Joy,” and the epic “Old City Bar.” The rock opera also features such TSO classics as “Christmas Eve/Sarajevo 12/24.” Additionally, the tour will enjoy a second set containing some of TSO’s greatest hits and fan-pleasers, including “Christmas Canon” and “Wizards in Winter.”

Since its touring debut, TSO has played more than 2,000 winter tour shows for approximately 17 million fans, with tour grosses of more than $725 million, and has sold in excess of 12 million albums and DVDs. Year after year, TSO hits the upper reaches of the domestic and worldwide tour charts.

TSO remains one of rock’s most charitable bands. Once again, TSO will give at least $1 from every ticket sold to charity. To date, the group has donated approximately $16 million. 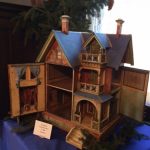